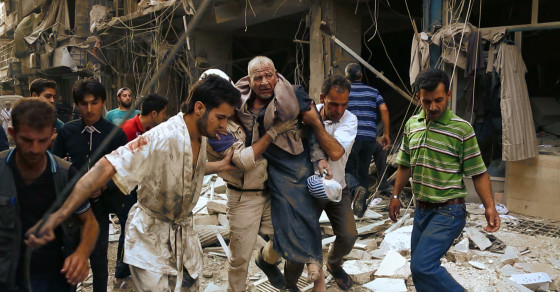 Determined to re-assert President Bashar Al-Assad’s leadership in Syria, Russia waded into the country’s chaotic civil war this week with a series of punishing airstrikes that targeted rebel groups and other government opponents. Now in its fifth year, the conflict has become mired in a vortex of overlapping alliances and agendas that have led to the death of thousands, caused millions to flee and given rise to the Islamic State. But parsing the various groups is no easy task.

“Syrian rebel factions alone count in the hundreds,” said Aron Lund, who edits “Syria in Crisis” at the Carnegie Endowment For International Peace. “Government militias in the dozens, at least.”

Among the rebel factions battling the Assad regime are a mix of Kurdish groups, Sunni militias and even bands of al-Qaeda fighters. The Syrian government, meanwhile, has been aided by Iranian-backed Shia militants, such as Hezbollah. Then there is ISIS’ growing band of international jihadists, who count everyone else as their enemy.

Here’s a quick, simplified look at where each group stands.