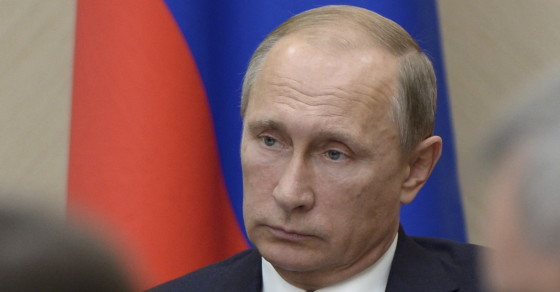 Putin Makes No Distinction Between Syrian Rebels And ISIS

Western-backed opposition groups, ISIS, al-Qaida, they're all a threat to the Assad regime

When President Vladimir Putin said he would support the Syrian regime against terrorist threats, many took his words to mean attacking ISIS, as the U.S.-led coalition has been doing for well over a year. But to Putin, terrorists also include rebel groups seeking to oust President Bashar al-Assad.

Russia’s mission in Syria is not only about ridding the country of Islamic extremists, it’s also about bolstering the government, and that could mean diminishing all rebel groups, said Chris Miller, scholar at the Foreign Policy Research Institute.

“Russia is not showing much willingness to make the distinction between different types of Islamist groups,” Miller told Vocativ. “It’s all part of a broader argument about how to establish a legitimate government.”

“I don’t want to go into detail about that at this time,” Carter told reporters at the Pentagon. “But the reason, one of the reasons why the Russian position is contradictory is that exactly the potential for them to strike, as they may well have, in places where ISIL is not present. Others are present,” he said, using another name for ISIS, which is also known as the Islamic State.

In his speech at the U.N. General Assembly Monday, Putin lumped together government opposition fighters with ISIS militants. After blaming ISIS’ emergence on the wars in Iraq and Libya, Putin added, “and now, the ranks of radicals are being joined by the members of the so-called moderate Syrian opposition supported by the Western countries.”

The Russian Ministry of Defense’s Major General Igor Konashenkov announced Wednesday that all airstrikes Russia fired in Syria hit ISIS-occupied territory, LifeNews.ru reported. He insisted Russian shells fell far from where civilians lived. But Wednesday’s updated map of Syria from the Institute for the Study of War shows that Russian airstrikes hit far from any area in which ISIS has a presence. Instead, they struck near the borders of rebel-occupied territory and government-controlled areas:

One interpretation of the Ministry of Defense’s statement that Russia is successfully targeting ISIS is that Russia wants to play to the international media, Miller said. It’s too early to what those airstrikes actually hit, he said. “Syria might be like Ukraine, where over time the truth emerged from the fog of war,” Miller said.

Russia, meanwhile, accused the U.S. media of lying about Syrian civilian deaths. Maria Zakharova, director of Russia’s Foreign Ministry said Wednesday that any reports from the ground accusing Russian airstrikes of hitting civilians in areas not occupied by ISIS were all part of the “information war, which we’ve heard so much about time and again, and apparently, a badly prepared one.”