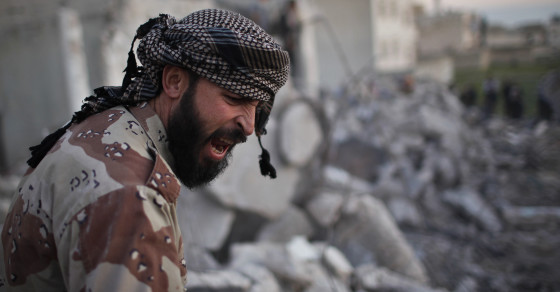 There are more foreigners traveling to Iraq and Syria to join ISIS, including Russians who now find themselves in Putin's line of fire

The flood of foreigner fighters joining the ranks of ISIS include roughly 2,000 Russians who are now being targeted by airstrikes in Syria ordered by Russian President Vladimir Putin.

Russian fighter jets carried out airstrikes on positions in Syria that the Kremlin on Wednesday insisted belonged to ISIS fighters, but that U.S. officials argued belonged to rebel groups opposing Syrian President Bashar al-Assad. There the two superpowers differ, but they agree that confronting ISIS on the ground was preferable to preventing an attack on home soil. The number of Russians filling the ranks of foreign fighters joining the Islamic State are only second to Tunisia. ISIS’ persistent global appeal continues to be a challenge for other governments as well.

Speaking in New York this week Assistant Attorney General John Carlin said that foreign fighters in Syria and Iraq number around 28,000, up from the 15,000 reported a year ago. “The trend line is nonetheless disturbing. 28,000 people from 100 countries worldwide,” said Carlin, “who threaten not only the regions to which they travel, but also the countries to which they return.”

The growing numbers continue to confound government officials struggling to understand whether it is ISIS’ powerful propaganda or the group’s ability to connect directly with supporters online that has boosted their ranks.

“That is the exact question every Western government is asking themselves,” said Patrick Skinner from The Soufan Group, which has been studying this phenomenon for years. “How can it be after a year of really intense counter-narrative and high profile and costly counter-travel effort that the numbers remain the same? With such attention after the fall of Mosul, how on earth can it be still so bad?”

President Obama chaired a U.N. Security Council meeting this week touting the numbers behind his broadening coalition of countries that had joined the fight against ISIS, either by strengthening their domestic laws, border controls or using intelligence to disrupt possible attacks.

Obama said fighting the group on the ground in Iraq and Syria would not be enough. “We have to prevent it from radicalizing, recruiting and inspiring others to violence in the first place.  And this means defeating their ideology,” he told the committee. “Ideologies are not defeated with guns, they’re defeated by better ideas — a more attractive and compelling vision.”

Among those strategies: a propaganda hub in the U.A.E. designed to debunk ISIS’ media broadcasts, and “working to lift up the voices of Muslim scholars, clerics and others, including ISIL defectors, who courageously stand up to ISIL and its warped interpretation of Islam,” Obama said, using another name for ISIS, which is also known as the Islamic State.

Skinner echoes U.S. official comments that the fight against ISIS will take years. “We can try to limit it but never eliminate it. Not without losing what makes us Western democracies,” he told Vocativ. “ISIS will step into that stream and pick out vulnerable people and direct them towards the false caliphate. They’ve made teenage angst and bad decisions now a fatal or lifelong mistake.