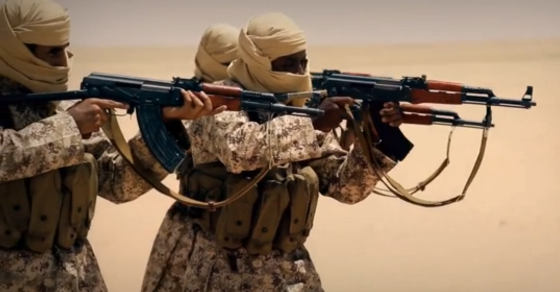 A Brief History Of ISIS’ Growing Presence In Yemen

ISIS claimed responsibility for bombing a Houthi mosque in Yemen’s capital Sana’a Thursday, saying it was “part of a series of military operations to revenge Muslims against Houthis.” To the radical Islamists, the Houthi rebels, who belong to a strand of Shia Islam that aligns with Iran’s, are considered greater apostates and infidels than Sunni Muslims who don’t ascribe to their severe interpretation of the religion.

Ever since war erupted in Yemen between the Houthis and government forces, groups like ISIS and al-Qaeda in the Arabian Peninsula have spied an opening to inflict their own brand of instability inside the Arab world’s poorest nation. AQAP has taken over key port towns and imposed its law on residents who haven’t been able to leave. Under the constant hammer of Saudi-led Arab coalition air strikes, Yemen’s chaos has created an opportunity for ISIS to grow.