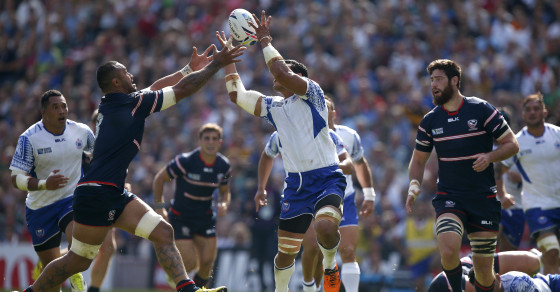 Is Team USA a “Sleeping Giant” In The Rugby World Cup?
By Thomas MacMillan

Is Team USA a “Sleeping Giant” In The Rugby World Cup?

Perhaps that's being a bit kind, but it's nice to be invited 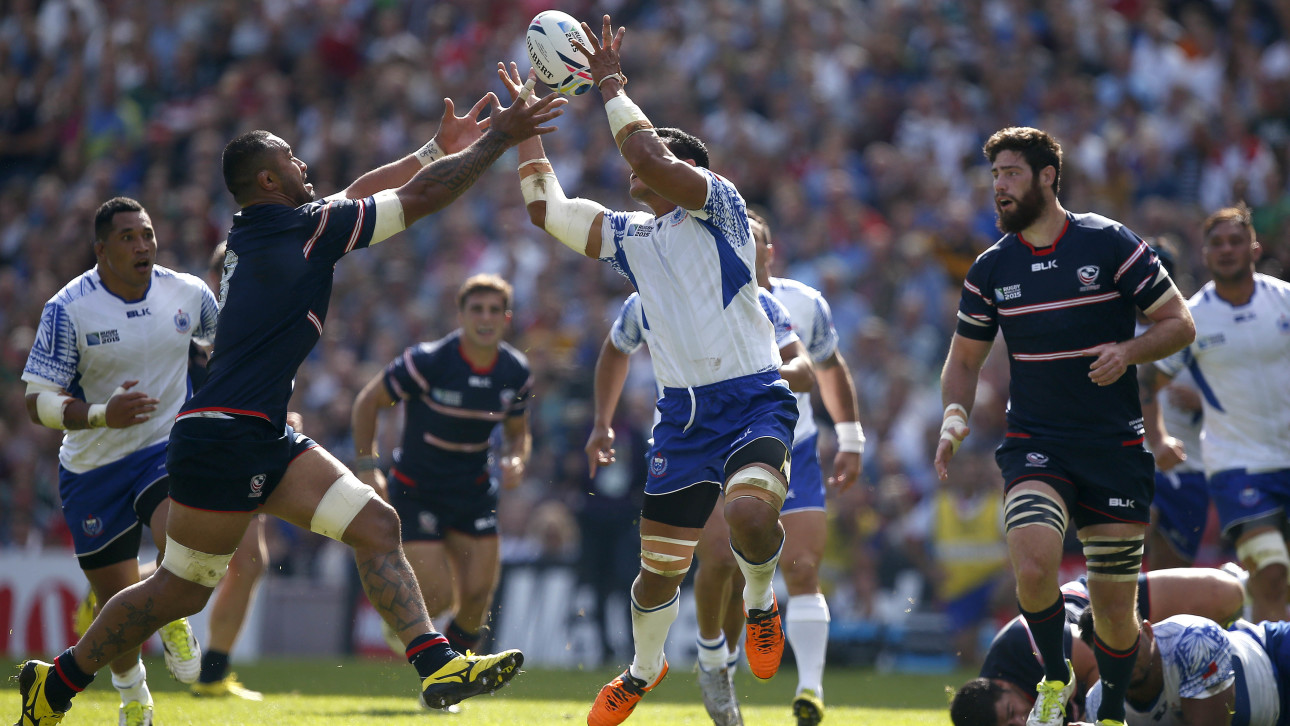 As the Rugby World Cup kicks off in the United Kingdom, the buzz across the pond in the United States is about the American national team: Will the Eagles finally make an impact on the world stage? Can one nation possibly excel at more than one oval-ball sport at once?

Don’t put more money on it than you can afford to lose, sports fans, because lose you will. USA Rugby has historically had a dismal showing in the World Cup, winning only three games in their six tournaments to date. An optimistic view might turn up several factors indicating American rugby is ready for a turnaround.

Rugby has become one of the fastest-growing sports in America, with almost half a million players nationwide. The sport has a higher international profile lately thanks to a crossover Aussie rugby star Jarryd Hayne making a splash in the NFL this season, and more football coaches looking to rugby to learn about the art of tackling.

Will this bubble of American rugby buzz be complemented with wins for the USA national team, whose stated goal is simply to make it out of the initial group phase of the tournament?

Well… let’s just say the Eagles will be flying into a strong headwind. They’ve landed in a group with Samoa, South Africa, Scotland—teams the USA has never beaten—and Japan, against whom they have a mixed record, and who are riding the crest of a wave, having beaten South Africa in an upset that shocked the rugby world. In short, there are no easy games here.

It didn’t help that the Eagles lost their opener to Samoa on Sunday, albeit by a small nine-point margin.

On Sunday, Sept. 27, Team USA plays Scotland, a side that’s handed out consistent spankings to the Eagles. In two of their five meetings, Scotland outscored USA by more than 40 points. But there is a bright side–the points differential has been narrowing. USA lost its most recent match with Scotland by 18 points and kept the Scots to their lowest score yet. They’re still losing–but not by quite as much.

In their third match, on Oct. 7, Team USA will square off against two-time World Cup champion South Africa. The Eagles have played South Africa only three times, each one a drubbing. At their most recent meeting, South Africa outscored USA by nearly 50 points. USA fans should keep their expectations low for this match.

For the final match of the group phase, on Oct. 11, USA plays Japan, a team it has faced 22 times. Although the Eagles hold a winning record against Japan — 13-8-1—this match isn’t necessarily a lock for USA, which only recently snapped a five-game losing streak against Japan with a narrow victory in July in Sacramento. However, of the three World Cup matches USA has won in its 21-game World Cup career, two have been against Japan, which would bode well for the Eagles, if Japan hadn’t already beaten the group favorites in the opener.

If this is the year USA will make its mark on the Rugby World Cup, it will require some once-in-a-lifetime play by the Eagles and possibly also some serious blunders by their opponents. But hey, it could happen.