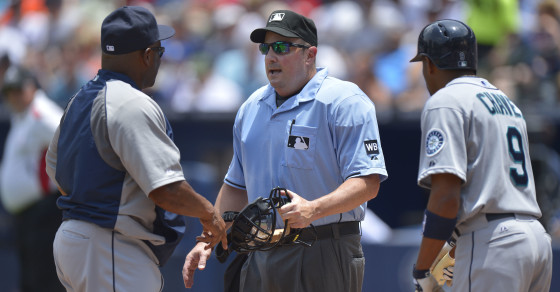 You’re Outta Here! Why Baseball Ejections Are on the Rise
By Thomas MacMillan

You’re Outta Here! Why Baseball Ejections Are on the Rise 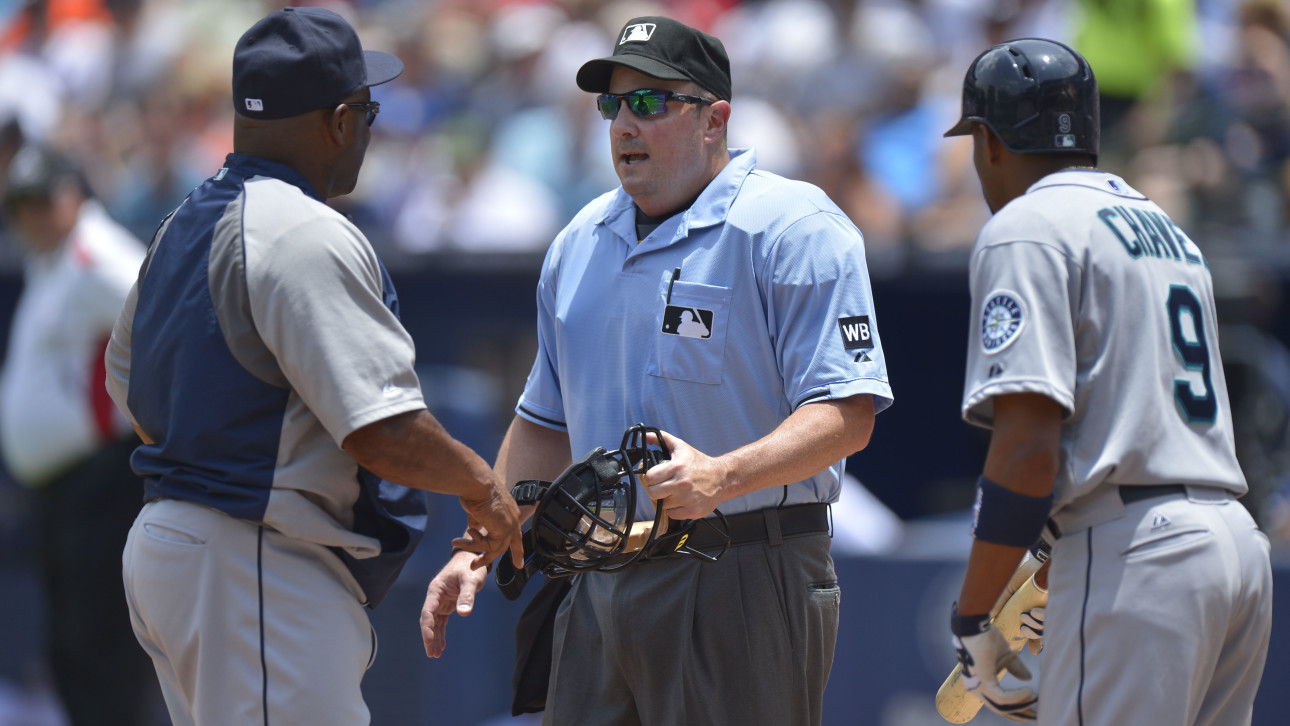 Major League Baseball umpire Marty Foster once ejected seven players in 10 minutes during a brawl between the Detroit Tigers and the Kansas City Royals.

Joe “Cowboy Joe” West, another umpire, once pushed a Phillies pitcher while tossing him from the game.

And umpire Angel Hernandez once ejected a singer who led Wrigley Field fans in “Take Me Out To The Ballgame” during the seventh-inning stretch.

These are umpires you don’t want to mess with.

Foster, West, and Hernandez are among the 10 MLB umpires with the most ejections over the last decade. That’s according to an analysis of numbers compiled by the Umpire Ejection Fantasy League, which tracks MLB umpire calls.

Ejections are on the rise this season for the third year in a row, following a dip in 2012. With less than three weeks left in the 2015 regular season, MLB umpires are on track to exceed last year’s 198 regular-season ejections. Last Friday, umpire Mark Carlson notched this year’s 198th ejection when he tossed Baltimore Orioles manager Buck Showalter after a dispute over a struck batter.

At the top of the list of most-ejecting umpires are Foster and West, both tied for first place with 53 ejections each over 10 years. Overall, major-league umpires average a little over two ejections per season. These guys average more than twice that many.

Foster’s 53 ejections include a whopping 14 players and managers thrown out during the 2005 season. Half of those came in a single game, during that bench-clearing brawl between the Tigers and Royals.

West’s biggest year was 2006, when he had 10 ejections over the course of the season. The league’s longest-serving umpire, West is also president of the World Umpires Association, and — fun fact — he is a country singer who has performed at the Grand Ole Opry.

West was disciplined by the league last year after laying hands on Jonathan Papelbon after the Phillies pitcher grabbed his crotch in an obscene gesture to fans.

And who’s top of the list for most ejections so far in 2015? Why, it’s ole Country Joe, leading the league with nine ejections this season.

Hernandez is down at number six on our list, with 44 ejections over 10 years. Perhaps the most memorable of these was when he tossed noticeably intoxicated former Chicago Bears defensive tackle Steve McMichael, who questioned Hernandez’s officiating over the Wrigley Field loudspeaker before leading the seventh-inning sing-along.