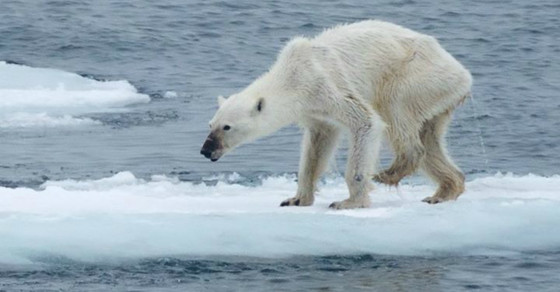 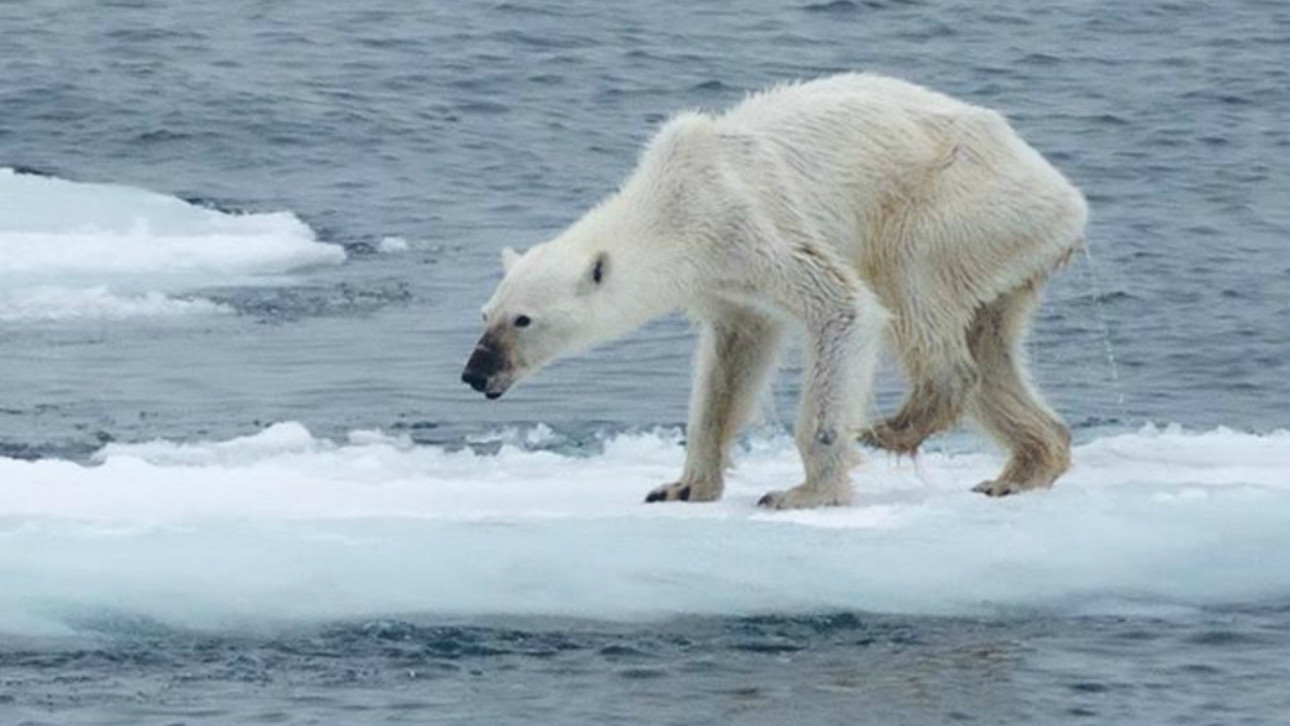 A harrowing photograph of a skeletal polar bear has gone viral, with photographer Kerstin Langenberger claiming the Arctic animals are starving due to climate change.

But polar bears, which have dwindled in numbers to less than 25,000, are just one of several Arctic species believed to be in danger because of rising temperatures, according to a report by Greenpeace.

The walrus was once threatened by commercial hunting, but its biggest enemy is now climate change, according to the World Wildlife Federation. The WWF explains: “As arctic sea ice recedes far from the Russian and Alaskan coasts due to warmer temperatures caused by climate change, walruses, including females and their babies, are forced to take refuge on land.

“The animals congregate in large groups, known as ‘haul outs.’ These mass congregations are dangerous and can lead to violent stampedes that are often deadly, especially to young walruses.”

Ice seals, which include Ribbon seals and several other Arctic species, rely on ice for breeding and rearing their young, shedding skin and resting.

Ringed seals, which together with bearded seals were awarded protection by the Obama administration under the Endangered Species Act, are often separated from their young during the milking period due to the low ice levels, and the inability to build dens for protection leads to high pup mortality, says the WWF.

Physical barriers such as land and impassible ice have divided bowhead whales into five separate and small populations, according to Fisheries and Oceans Canada. Four of them have populations numbering from less than 50 to a few hundred, with the largest group of around 10,000 located in the Western Arctic.

Their numbers were depleted by hunting, but their biggest threat now is climate change, says Greenpeace. When ice melts in spring, plankton blooms and provides the whales with food, while in winter, ice-covered water protects calving bowhead whales from predatory killer whales. If the ice melts earlier, their young could be attacked and killed.

Arctic foxes mainly inhabit vast, flat, treeless Arctic areas of North America, Europe and Asia known as tundra regions. Greenpeace reports that warming temperatures are causing a northward movement of forestry in which the animals cannot survive, because they graze on lemmings and other marine-based creatures.