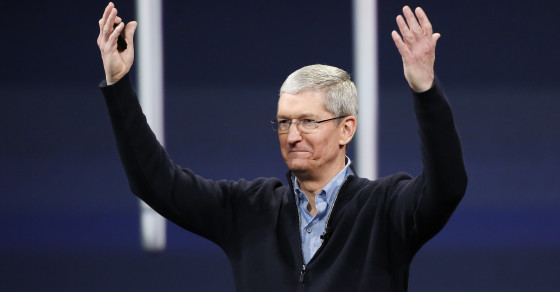 The New iPad Pro Is A Huge Leap… In Price

Pricing for iPads have remained consistent for years, but the new iPad Pro will be significantly more expensive

Even as iPads have become more advanced over the last six years, with features like Siri and retina display, the prices have stayed essentially flat. That all changed Wednesday. The cheapest version of the new iPad Pro is a whopping 60 percent, or $300, more than any of the previous generations.

There’s also a stark increase at the upper end of the spectrum. To get the most storage and LTE capablity on the new iPads, Apple aficionados will have to dish out $1,079, versus $829 for highest end iPad Air 2 (with LTE and 128 GB of storage). 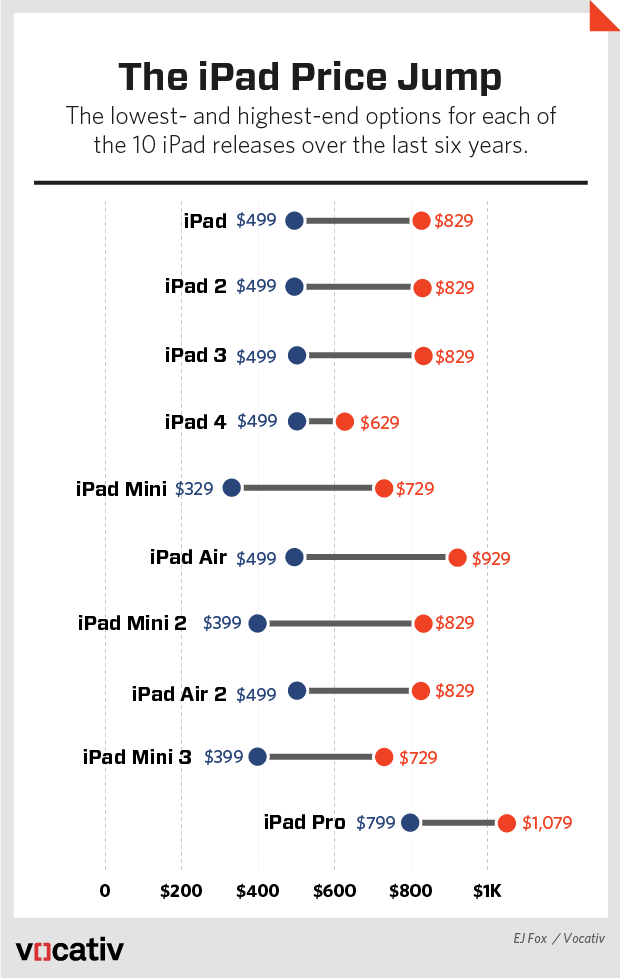 When the first iPad launched in April 2010 it sold for the base price of $499. Since then, every iPad and iPad Air has been available for that same base price, while Minis were $329 or $399.

One reason for the price jump with Apple’s new iPad Pro, which is $799 for the most basic model, is that it’s aimed at business users. At 12.9 inches, the Pro screen is the largest yet. The Pro also features split-screen multitasking and four speakers, and can be used with a magnetic keyboard attachment ($99) and the new Apple Pencil stylus ($169). The entry-level iPad Pro comes with 32 GB of storage (64 GB and 128 GB versions are also available), while past base models had only half that.

The price increase might also mark a strategy shift amid sliding iPad sales. In July, Apple reported its fourth consecutive decline in tablet sales, with demand down 18 percent from the previous year.

If users want the keyboard and stylus for their new premium iPad Pro, it’ll cost $1,347 all in. That’s about the price of 39 Soul Cycle classes or half a month’s rent for an apartment in Cupertino, Calif., near the Apple headquarters.