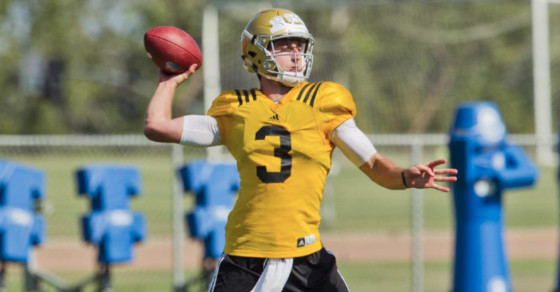 Could This Kid Be The Best Freshman QB Ever?
By Dan McArdle

Could This Kid Be The Best Freshman QB Ever? 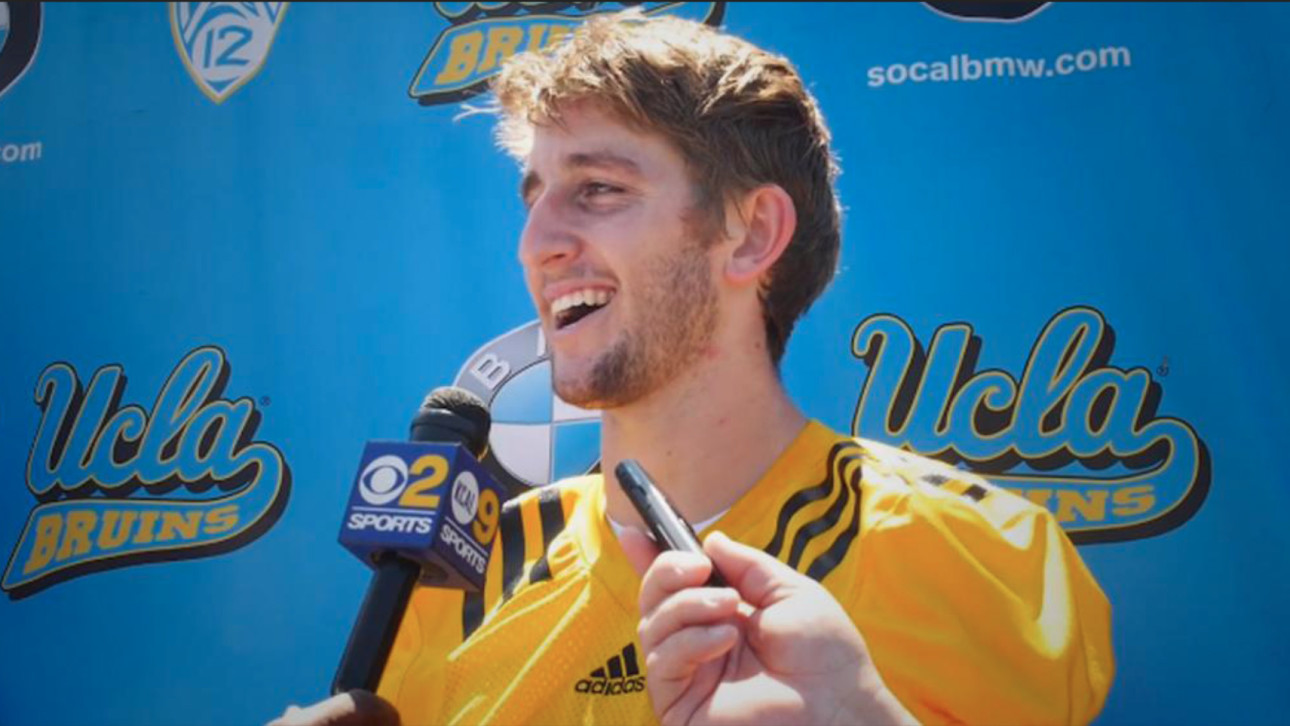 Only a select few true freshmen quarterbacks for pre-season AP Top 25 teams have gotten the nod to lead the offense in a home opener in recent memory.

“The Rosen One,” as his teammates refer to him, will now be one of them.

Let’s take a look at this class, which represents the Big Ten, Pac-12 and SEC, and see what Rosen is up against – and where he could go from here.

We narrowed the criteria to include just four previous players of this distinction dating back to 2000. (Admittedly, it was painful to exclude the illustrious debut of Philip Rivers for unranked North Carolina State.)

The last time a true freshman started for a ranked team in an opening game was Penn State’s Rob Bolden in 2010. Bolden completed 20-of-29 passes, throwing for two touchdowns with just one interception in the No. 19 Nittany Lions’ 44-14 win over Youngstown State in front of a crowd of 100,000-plus.

Following injury and relegation to backup status, the late Joe Paterno declined Bolden’s later request for a release from scholarship to transfer. Bolden ultimately transferred twice and finished his career at Eastern Michigan and has not played professionally to date.

Matt Barkley began a storied career at USC in 2009 by dismantling San Jose State 56-3 and throwing for 233 yards, a touchdown and no interceptions. Barkley’s hallmark career ended bittersweet as he was selected in the fourth round of the 2013 NFL Draft by the Philadelphia Eagles, who traded him today to the Arizona Cardinals.

Brent Schaeffer became somewhat of a de facto starter on Phillip Fulmer’s 2004 Tennessee squad, edging out fellow freshman Erik Ainge. However, you’d have to go back to 1945 and Georgia’s John Rauch to find the last true freshman QB to start an SEC game. Schaeffer was effective enough in a rout of UNLV in front of over 108,000 fans at Neyland Stadium.

Unfortunately, Schaeffer suffered a season-ending injury a few weeks later, went undrafted in the NFL and refused to report to an Arena Football League squad.

Finally, the player who proved most successful of this group is Chad Henne. The Pennsylvania native led eighth-ranked Michigan to a 43-10 win over Miami-Ohio in 2004. He went on to set school records in completions, passing yards and touchdowns.

Henne is entering his eighth NFL season, albeit as a consummate backup, with the Jacksonville Jaguars.

The one thing missing from all previous freshmen in this group? None have gone on to win a national championship.

Recruiting site Rivals.com listed the cocky-yet-confident gunslinger as the number one quarterback overall in this year’s class. As a highly-touted five-star recruit out of St. John Bosco High School in Bellflower, California, Rosen fell just short of the top overall player ranking in the Rivals 100 – which would have made him the first QB since Ohio State’s Terrell Pryor in 2008 to have that distinction.

When Bruins head coach Jim Mora announced on Aug. 26 that Rosen would start over junior Jerry Neuheisel, few were surprised. Rosen expects to win – and his teammates expect him to win the Heisman trophy. Maybe the stadium is renamed “Rosen Bowl Stadium.” We won’t know on Saturday. But time will tell if he can become the elite of this class.