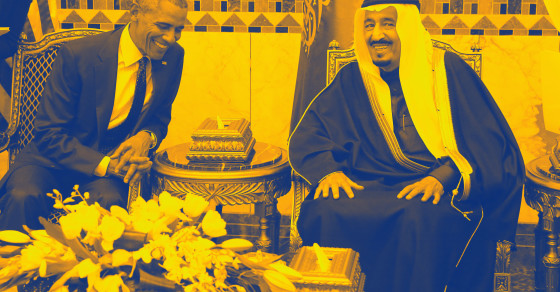 The Price For Saudi Support On Iran Deal? U.S. Help In Yemen War

The U.S. has supplied intelligence personnel, sold billions in arms, and done little to abate the staggering humanitarian cost of the war in Yemen 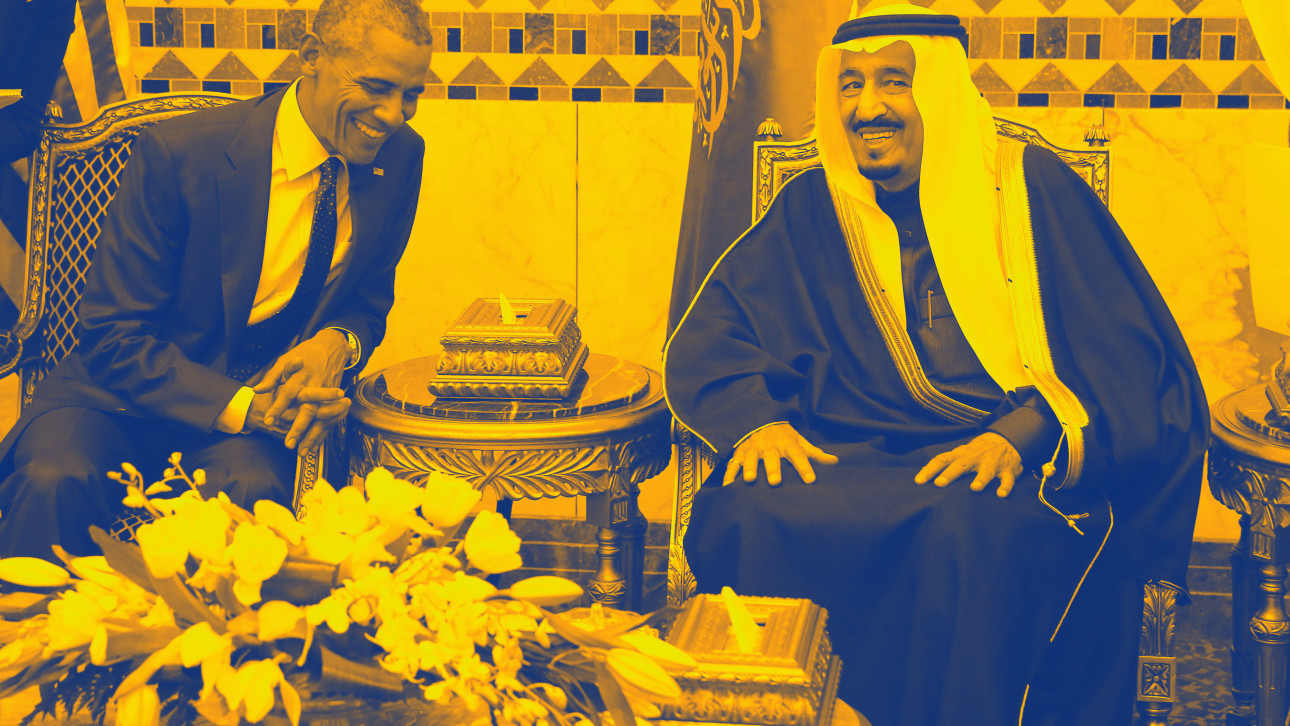 There will be plenty to discuss when King Salman of Saudi Arabia meets with President Obama at the White House on Friday, his first visit to the United States since taking the throne in January. There’s the looming nuclear deal with Iran which Congress is set to vote on next week. There’s the Islamic State, continuing to carve a brutal path across Syria and Iraq. Then there is the war in Yemen, a deadly and escalating conflict that, by comparison, has attracted limited attention in both the U.S. and abroad.

Since March, the kingdom has led an Arab coalition in an aggressive war against the Houthi rebels in Yemen, who Riyadh accuses of being proxies for regional rival Iran. The military campaign, conducted largely through a series of escalating airstrikes, has been a litmus test for Saudi influence and power in the region. With more than 6,000 civilians killed or maimed by the fighting to date, and millions more without food or medical aid, it has also been a humanitarian disaster, one which the U.S. says it must now confront head-on.

“We’re deeply concerned about, in particular, the deteriorating humanitarian crisis in Yemen,” said Jeffrey Prescott, the National Security Council’s senior director for the Middle East, during a White House conference call on Wednesday, “That includes a call on all parties to use restraint in terms of the targeting of civilians and civilian infrastructure.”

Ben Rhodes, a deputy national security advisor for the president, added: “We have to hold all of ourselves to the highest possible standard when it relates to preventing civilian deaths, and that will continue to be a part of our dialogue as it relates to Yemen.”

But at the same time, the White House has spent the last five months quietly supporting the Saudis and the United Arab Emirates, the kingdom’s steadfast partner in Yemen, effectively fueling the crisis there. It has provided intelligence personnel who consulted on airstrikes targeting the Houthis that killed women and children. It’s provided the Saudi military with the aircraft and ammunition. And the U.S. has done little to stop the coalition’s persistent naval embargo that, in the process of blocking arms from reaching the rebel forces, has stopped humanitarian aid from reaching desperate civilians.

Multiple foreign policy experts say America’s tacit support of the Saudi-led offensive against the Arab world’s poorest country is a cold political calculation as it seeks to strengthen public support for its nuclear deal with Iran. “The United States wants Saudi and UAE support for the Iran nuclear deal, and the price is to back them in their war against Yemen,” said Bruce Riedel, an analyst with the Brookings Institution in Washington DC.

The price has been steep. Vocativ examines three ways the White House has contributed to the chaos in Yemen.

Intelligence You Can Trust?

Smoke rises during an air strike on an army weapons depot on a mountain overlooking Yemen's capital Sanaa April 20, 2015.

As civilian casualties in Yemen surged over the summer, the Pentagon more than doubled the 20 U.S. advisors it provides Saudi Arabia to assist with enhanced intelligence for airstrikes, the Los Angeles Times reported in August. According to the report, the advisors are there in part to help the Saudi-led coalition evaluate potential bombing targets to prevent civilian injury or death. The airstrikes, however, continue to kill scores of innocents, including 36 people on Sunday who were working in a bottling plant. “Mistakes in the identification of targets and in the execution of attacks can and do happen in wars,” wrote Donatella Rovera, a senior crisis advisor for Amnesty International, who has investigated civilian deaths on the ground in Yemen. “In such cases, it is incumbent on the responsible parties to promptly take the necessary corrective action to avoid the recurrence of the same mistakes. But there is no sign that this is occurring in Yemen.” Pentagon officials stress that its team of advisors is not responsible for individual operations.

A guard sits on the rubble of the house of Brigadier Fouad al-Emad, an army commander loyal to the Houthis, after air strikes destroyed it in Sanaa, Yemen June 15, 2015.

No country has benefited more from the proliferation of U.S. weapons sales to the Middle East under the Obama administration than Saudi Arabia. A Vocativ analysis in May showed that arms deals with the kingdom alone totaled $47 billion during the Obama’s first five years in office, more than double the $22 billion in defense sales brokered with all Gulf states during the entire administration of George W. Bush. The State Department has approved another $7 billion in arms sales to the Saudis since it began its air campaign in Yemen, according to figures compiled by the Defense Security Cooperation Agency. That figure includes a deal to deliver $500 million worth of ammunition to Saudi fighters battling Houthis along its border with Yemen. Throughout the war, the Saudis have used fighter jets, ballistic missiles and even cluster bombs it has provided by the United States. “As long as the United States continues to provide arms and intelligence to the Saudis as they carry out their indiscriminate bombing campaign in Yemen, the administration bears some responsibility for the resulting humanitarian catastrophe,” said William Hartung, a senior advisor to the Security Assistance Monitor.

The 24th Marine Expeditionary Unit conducts a visit, board, search and seizure exercise in the Gulf of Aden, April 9, 2015.

The Saudi-led coalition has paired punishing airstrikes in Yemen with a naval blockade around the Red Sea and Gulf of Aden. It’s intended to stop the flow of arms to the Houthi rebels, Saudi officials claim. But human rights groups say it’s prevented humanitarian aid, including food and medical supllies, from entering the country, with devastating consequences. The United Nations warned last month that millions now face famine or starvation in Yemen and more than 15 million people lack access to basic health care. Joanne Liu, the head of Doctors Without Borders, said in an interview this week that the naval blockade was “killing” just as many civilians as the bombing campaign. “We see patients right now dying because they’re not getting their treatment” for common illnesses, she said. At least seven U.S. navy ships have patrolled the waters around Yemen since the war began, though military officials deny that they are directly participating in the naval blockade. Other reports suggest that U.S. officials “quietly tried to persuade” the Saudis to ease its embargo. To date, that has not happened. “There’s a real challenge here,” said David Weinberg, a Middle East analyst and senior fellow with the Foundation for Defense of Democracies. The U.S. is backstopping a Saudi-led embargo that’s creating human casualties.”