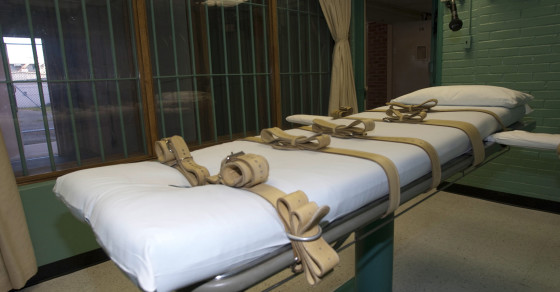 Here’s How Many Death Row Inmates Die Waiting To Die

Most people who believe the death penalty is cruel and unusual punishment focus on the growing number of botched executions. But a new legal appeal in California argues that the most barbarous part of whole process is actually keeping a person on death row and not executing them.

In California, more prisoners on death row have died of natural causes than have been executed, the Associated Press reported. Out of 900 killers sentenced to death since 1978, only 13 have been executed. The hearing at the 9th U.S. Circuit Court of Appeals in Pasadena on Monday makes California just the latest state to consider the constitutionality of the death penalty—Connecticut and Nebraska both eliminated it earlier this year.

Across the country, death row inmates typically spend over a decade awaiting execution, and some have been on death row for over 20 years. The average wait time between sentencing and execution increased from 74 to 190 months from 1984 to 2012, according to Bureau of Justice Statistics numbers compiled by the Death Penalty Information Center.

Over the entire 13 years, the statistics were about 3:1 in favor of execution: Nationally, 299 death row inmates from 2000 to 2013 died of means other than execution, while 761 were executed, according to the BJS data.