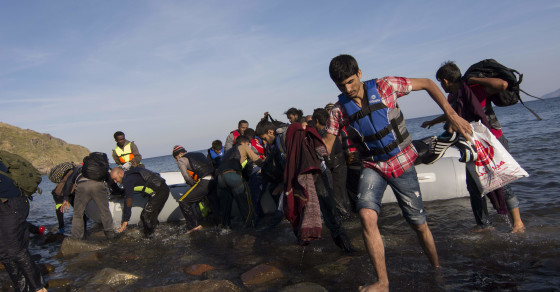 The migrant crisis across the European Union has been a boon for far-right politicians, who have been quick to capitalize on the continent’s anti-immigration fervor.

As people pour through Europe’s borders, thousands of citizens are flocking to right-wing parties that embody their nations’ growing sense of anger and anxiety, a social media analysis by Vocativ shows. The analysis, which ran between April 20 and August 29, found that at least nine nationalist parties saw their ranks on Facebook swell during that time. The growth was most pronounced among some of Europe’s wealthiest and most stable nations.

During the four month period, Facebook fans of Denmark’s Folk Party grew by 67 percent to more than 55,000, while Britain’s UK Independence Party—often known as UKIP, it dishes out a daily dose of anti-immigration rhetoric on social media—climbed 31 percent to more than 420,000. France’s National Front, led by Marion Marechal Le Pen, saw an uptick of 13 percent, to more than 191,000. Austria’s Freedom Party and Germany’s National Democratic Party both grew their Facebook communities by eight percent. The remaining far-right parties can be seen in the chart below. (In all cases, these numbers are for likes in the parties’ home countries; the number of fans coming in for the parties from around the globe may be higher.)

Experts say the E.U.’s rightward shift underscores a larger crisis of confidence in traditional political institutions, which have been unable to address rising immigration, slow economic growth and other issues gripping the Eurozone.

“Large segments of the population [are] feeling angry and unrepresented, and new parties are emerging with a different language,” Mark Leonard, director of the European Council on Foreign Relations, told the New York Times. “Globalization produces winners and losers, and large groups feel they’ve been left behind, no longer represented by mainstream parties.”