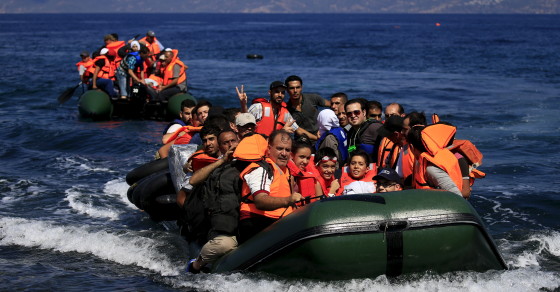 Through Facebook, thousands of refugees from war are providing a glimpse into the journeys they are making in search of better lives 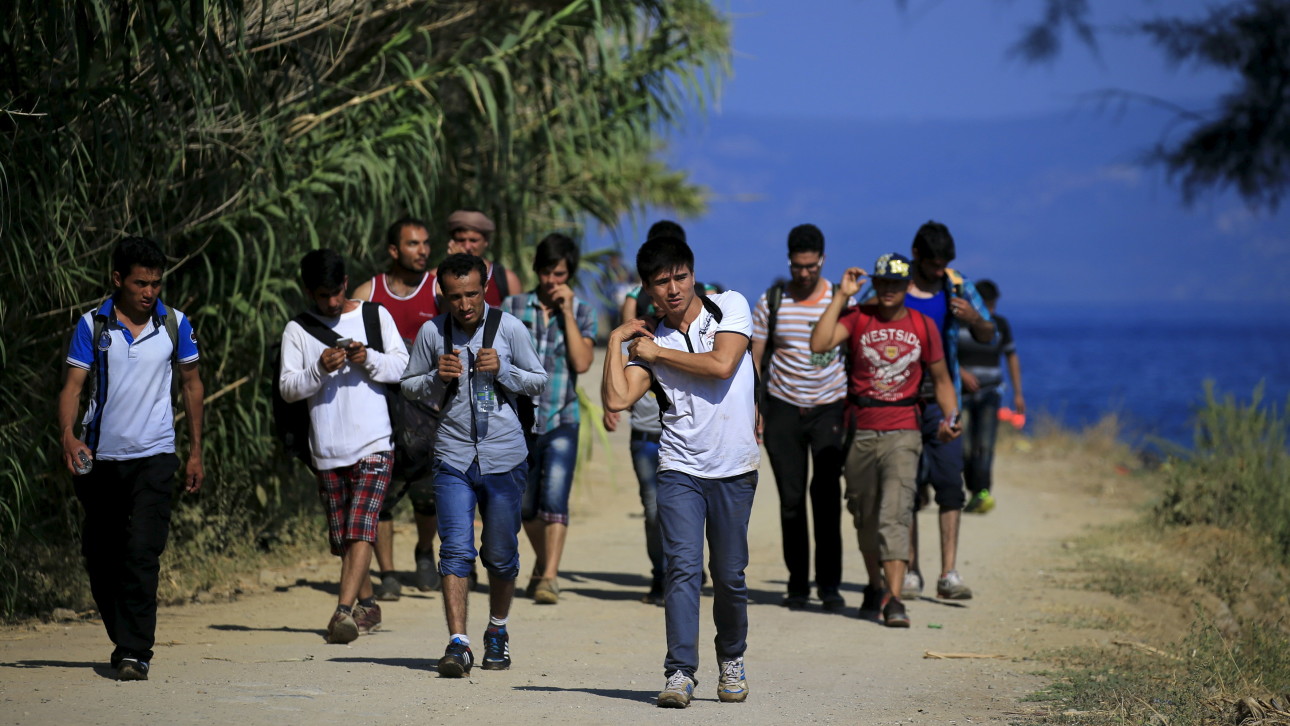 Syrian refugees walk by the sea moments after arriving in Greece — REUTERS
By Shane Dixon Kavanaugh with Gilad Shiloach
Aug 27, 2015 at 4:00 PM ET

Huddled among strangers, the young men took turns revealing what war-torn cities they came from. Some were from Homs and Idlib, others from Aleppo and Latakia. Like the other two dozen people aboard the tiny boat bobbing across the Aegean Sea, they were Syrian refugees. They had fled from their homes into Turkey. Now they were making their way toward Greece. “We will arrive if God permits,” said the captain, a cigarette pinched between two fingers. Despite the uncertainty of what lay ahead, there was laughter and smiles to go around, as well as a palpable sense of excitement aboard the ship.

The scene, captured on video and published this week to one of several Facebook pages used by Syrian and Iraqi refugees, offers a rare and intimate look into the journey that thousands are taking in hopes of forging a better life in Europe. Through flourishing networks on social media, they are documenting their migration out of the Middle East and providing a roadmap for those who may wish to follow

Often, the voyage is fraught with danger. Boats capsize. Children go missing. Smugglers trade in flesh. On Thursday, Austrian police discovered as many as 71 migrants dead inside a commercial truck, including some from Syria. Authorities believe the deceased had suffocated days before. These perils, among others, are captured and shared by these Syrian and Iraqi refugee groups. But just as often there are stories of hope and triumph and talk of the promise of a better life. Below is a series of snapshots.

Marooned And Lost At Sea

Translation: Guys, urgent. If someone can call the coast guard, my family has been on this island since yesterday. It’s isolated with no residents or or coastguards or much of anything. There are 60 people with them, most are families. They have not had contact with the Greek coast guards.

Translation: My brothers, a boat broke down at this location on the map. The boat is full of Syrian families and their situation is very bad. I hope someone will help somehow very soon. Thanks.

Translation: A 17-year-old Syrian guy named Zakaria has been missing for four days. He went from Belgrade to Hungary. If someone saw him or knows something about him please let us know.

Translation: Diar Saif E-din Ibrahim, 16 years old, missing after he crossed by sea from Izmir [Turkey] to a Greek Island. The boat capsized.

A member of a Facebook group dedicated to helping Iraqi refugees publishes detailed instructions on and a map of the best ways to cross the Hungarian border.

A group of Syrians cross into Serbia through a forest on the Macedonian border. The video was first published to Facebook on August 25.

Translation: Good tidings from Macedonia. Very good aid and I now crossed with many families with me, they were given aid and now we are in Serbia. Pray for us.

Germans welcome a group of Syrian refugees who have sought refuge in the country.