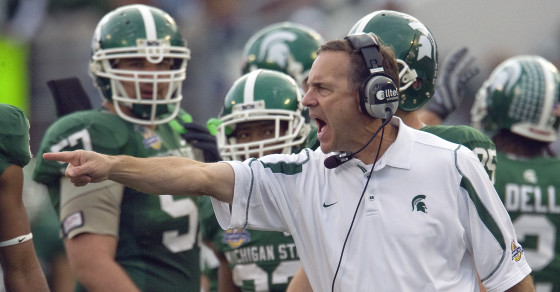 How This One Football Team Is Recruiting Small And Winning Big

So you think it’s all about five-star recruits? Think again. 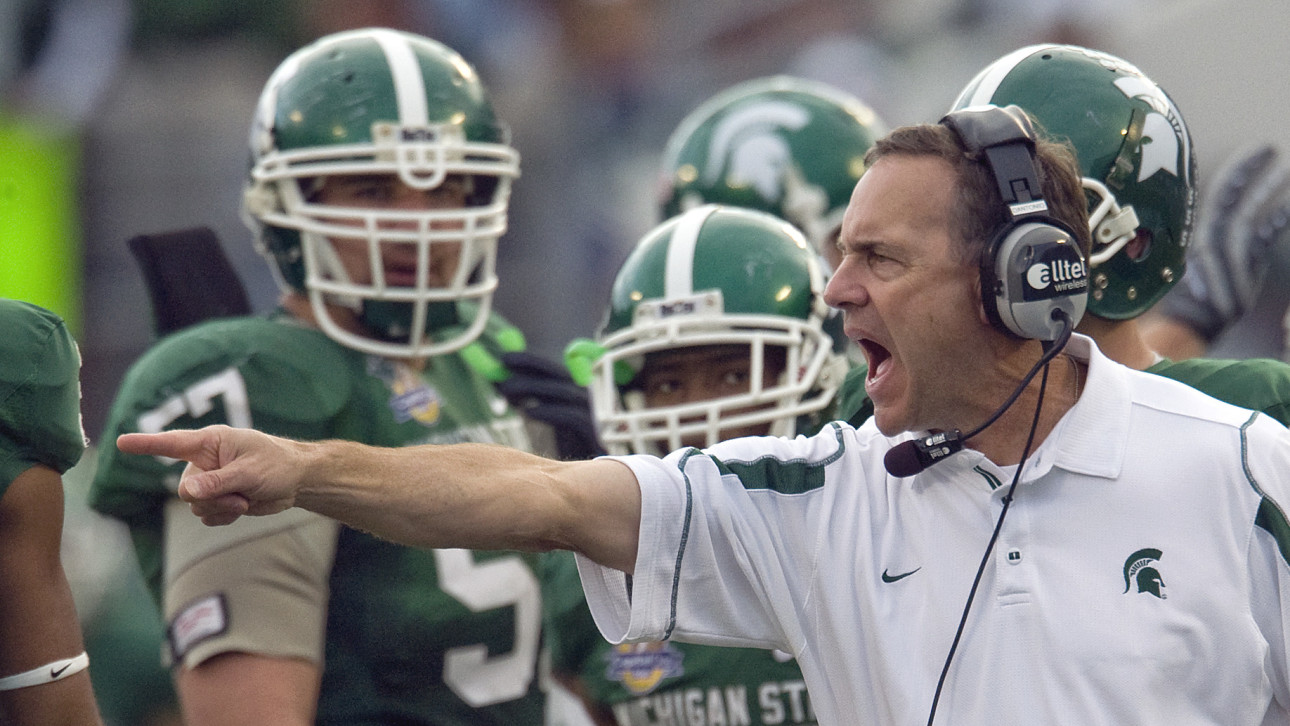 It’s said that Mark Richt, head coach of the Georgia Bulldogs, is good at acquiring the best talent.

According to leading recruiting stat site 247 Sports, the Bulldogs have consistently ranked in the top 10 best recruiting classes in the nation. Since 2011, Georgia has landed nine five-star recruits – including four top-caliber commitments each for this year and next.

In the popular estimation, when it comes to recruiting, Georgia is killing it.

Now consider Michigan State and head coach Mark Dantonio. When it comes to recruiting, the Spartans are definitely not living up to their name.

During the Dantonio era, Michigan State has never seen a consensus top 20 recruiting class. Dantonio relies heavily on three-star talent, having signed just one five-star player since 2011. Their signing class is typically comprised of no more than four four-star athletes ranked far outside of the overall top 50.

Given Georgia’s advantages, one could safely assume that the Bulldogs were consistently a better football team. But in recent years — ever since the Bulldogs and Spartans met at the 2012 Outback Bowl in Tampa — one would be wrong.

Back then, in 2012, Michigan State had not tasted a post-season victory in over 10 years. Dantonio had presided over four straight bowl losses. Three overtimes later, however, the Spartans outlasted the Bulldogs to record their first signature postseason win.

It might have been a turning point for the MSU program. Since then, Michigan State has won four straight bowl games – their last two coming against teams ranked in the BCS/College Football Playoff top five. They have been 15-1 in the Big Ten since 2013.

When you come down to it, this comparison is simply anecdotal. A side-by-side of two teams who have had unexpected records since that fateful meeting in Tampa three years ago.

But it makes you wonder: is five-star recruiting as important as you’ve been led to believe? Is MSU using some kind of sabermetrics? Is Mark Dantonio some kind of CFB Billy Bean?

Who knows. This year, he has enrolled five four-stars and MSU has received a record six hard commitments for 2016.

The Bulldogs, meanwhile, recently received a commitment from one of the best high school quarterbacks in the country in Jacob Eason.

With the new playoff format in place, chances are good that one of them will be holding the College Football Championship Trophy high in the air in the near future – while the other watches on, trying to figure out the math.