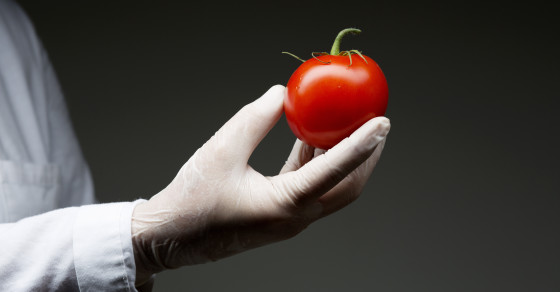 The majority of Americans still think genetically modified foods are bad for them, despite the fact that most scientists say GM foods don’t pose specific health risks. Public opinion also dominated a recent congressional battle over whether to label GM foods.

Around 57 percent of Americans think GM foods are generally unsafe to eat, while only 37 percent believe they are safe, according to a new Pew Research study. This percentage varies with gender and educational level: women are more likely than men to think GM foods are unsafe (65 percent of women vs. 49 percent of men), and those with lower education levels or who say they know less about science are more likely to think they’re unsafe.

Scientists, on the other hand, are way more likely to think GM foods are safe, but the American public doesn’t trust scientists, the Pew study found. The vast majority, 88 percent, of members of American Association for the Advancement of Science said GM foods are generally safe to eat, but 67 percent of U.S. adults said they don’t think scientists have a clear understanding of the health risks associated with GM foods.

This push and pull is all playing out in Congress right now. The House passed a bill in July that would nullify state laws that require labeling GM foods, and a similar bill is expected to be introduced in the Senate. Vermont, Connecticut and Maine have all passed state laws requiring companies to label their GM foods.

But as Vocativ’s science reporter Joshua Krisch points out in a recent installment of “Junk Science,” most if not all studies “proving” that genetically modified foods are bad for you were later disproved. Krisch argues that banning GMOs could actually be harmful because they are used to get food out to millions of people in developing countries who otherwise wouldn’t have access to certain nutrients.