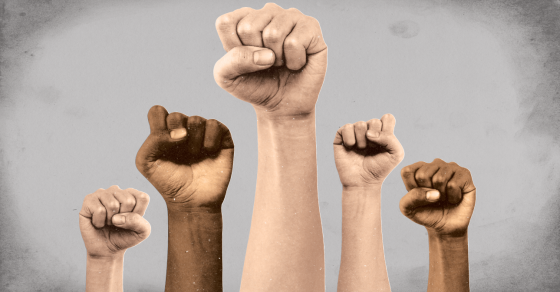 Feminists, LGBT Activists Take Their Fight To The Internet
By Sarah Lynch

Feminists, LGBT Activists Take Their Fight To The Internet

Latin America is home to some of the most active feminist and LGBT hacktivists in the world. This summer, they have been uniting online—and off—in efforts to boost regional solidarity, protect themselves against gender-based abuse including cyber bullying and fight violence such as femicide—the killing of women.

According to the Mexico-based National Citizens’ Observatory on Femicide, a coalition of 43 human rights and women’s organizations, killings targeting women are common in Mexico, where hacktivists recently met at a conference. Abuse against LGBT people in Mexico is also rife, some say. “In states like Guadalajara, street harassment against lesbian, queer and transgender people is common,” said Liliana Zaragoza Cano, who helped organize Transhackfeminist, a conference for feminist and LGBT hackers held in Puebla, Mexico late last month. Feminist hactivists “are in auto-defense mode, because we want to stay alive,” she said.

In countries such as the U.S. and Canada, hackers collectives comprised of women and LGBT people are rare. Those that do exist seem to predominantly function as social groups promoting professional skills rather than operating as covert networks. Latin America’s small but active networks of queer and feminist hackers, though, appear to be increasingly political and interconnected as they work on secretive hacktivist projects.

Cano, who identifies herself online as Lili Anaz, is one of more than 35 feminist hackers, including several LGBT men, who met in Puebla for the Transhackfeminist conference—the second of its kind. It drew dozens of like-minded hacktivists from around the world, including virtual participants in Argentina, Spain and Ecuador. The organizers of last year’s conference collaborated with Mexico-based networks from the hackerspace Rancho Electrónico, the Lab of Interconectivities, Accion Directa Autogestiva and others to organize the Puebla workshops, which addressed risks feminist activists face online, including online surveillance and cyber bullying. “We assessed the risks, capabilities and threats involved with our online habits,” Cano explained, “and discussed ways to search, email and chat anonymously.”

They also discussed ways to collaborate through social media—a conversation that seemed to pay off after the conference. When Mexican authorities didn’t name the four women who were murdered in Mexico City alongside journalist Ruben Espinosa last week, some of the hacktivists used social media to draw attention to the women’s names and stories. Photos of two of the women, who some hacktivists as well as journalists in Mexico identified on social media as Nadia Vera and Yesenia Quiroz Alfaro, have since been posted across local feminist Facebook groups and pages.

Contrary to stereotypes that hacktivists are mostly nerdy teenagers, many of the queer and female hackers who participated in the conference last month were in their 30s and 40s and had a background in the arts. They combine concepts characteristic of older punk and zine (independent publishing) movements with new Spanish-speaking cyberspaces and biohacking experiments, such as the development of DIY gynecology tools.

One of the Puebla conference participants, an Argentinian hacker who gave her name as Inti, said that biohacking as well as mediums such as zines—self-published booklets—rely on concepts of collaboration and self-production. In Latin America, Inti said, there is a rich history of peer-led, communal decision making and development.

Lydia Zárate and Rossana Llorens, Mexican bloggers behind a digital Spanish-language magazine about tech and feminism called LaqueArde said: “Feminist hacktivism is contagious.” The women have seen have seen first-hand how feminist hacktivists are increasingly working together: When LaqueArde’s online call for submissions to the publication mysteriously disappeared in late July, hackers from the Puebla conference quickly collaborated to restore the post on another server.

The women hacktivists said they plan to continue their collaborations by meeting again in person and working together online. “We are creating a community,” said Cano. “In order to grow we must take care of it day by day.”

Translation: “You check out this performance at the #THFMx2015 [Transhackfeminist conference]”

Translation: “To explore mediations and strategies that generate intergenerational dialogue for activating files.”