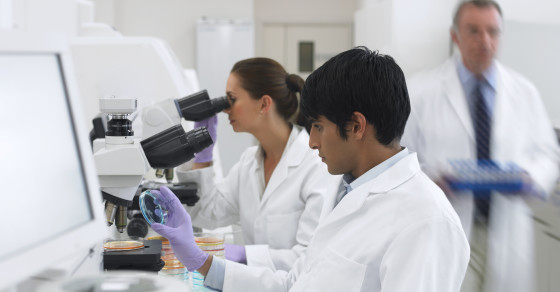 We mangle and distort scientific phrases every day, and scientists want us to cease and desist

A global obsession with science has led to many scientific phrases being thrown around by journalists and readers who assume they know exactly what they mean. Scientists, however, are furious at how phrases with defined meanings are mis-used, prompting the good people at the journal Frontiers in Psychology to put together a fun paper debunking the most misused words in science (naturally, with a focus on psychological misnomers).

Here are five of the most egregious examples of things scientist say, that we then mangle and distort as we try to use science to seem intelligent.

“There’s A Gene For That”

No there isn’t. DNA is in the news so often that journalists have more or less invented genes for selfishness, political leanings, sexual orientation and even prophetic vision. Alas, the reality is more complicated than that. The most we can say about DNA is that certain genes may code for certain proteins that occasionally influence some traits. Ironically, this under-appreciated, often ignored caveat is known as the Central Dogma of Biology.

Human psychology is, studies suggest, far more complicated than the average medical condition—so it’s unlikely that there is a genetic basis for most psychiatric conditions and even more unlikely that genes control our personalities.

No it’s not. Well, probably not. “Fetish” is a proper medical term, the meaning of which is codified in the Diagnostic and Statistical Manual of Mental Disorders (the big book that defines mental illness). When physicians define a fetish, there’s really one simple rule: it’s not your fetish unless it’s a psychologically impairing sexual attraction to a non-genital body part that entirely consumes your life.

So when journalists call Japan’s smartphone obsession a fetish, they’re misusing the term. At least, we hope they are.

No there isn’t. But it’s an easy mistake to make. Autism was virtually unheard of back in 1975, when the diagnosis rate was roughly 1 in 5,000. But by 2002, that number had skyrocketed to 1 in 150. By 2012, it was 1 in 68. This does not reflect an increase in autism cases—it reflects an increase in autism diagnoses. A recent study in the American Journal of Medical Genetics reinforced what the Centers for Disease Control and Prevention have been saying for years: controversial changes to the Diagnostic and Statistical Manual have resulted in more diagnoses simply because we recently redefined what constitutes autism.

Researchers even mapped out the number of children who benefitted from special education between 2000 and 2010, and found that, while the number of special needs children remained constant over that decade, the number of children diagnosed with autism rose by a factor of five. This strongly suggests that the increase in autism cases is due to a shift in classification, not in how many people have the disorder. There is no autism epidemic.

“It Has A Steep Learning Curve”

It might, but it doesn’t mean what you think it means. When we use the term “steep learning curve”, we’re usually describing something that is hard to learn quickly. But “learning theory” has already developed an official learning curve—and it works the other way around. Since time appears on the x-axis of a standard learning curve, a steep curve suggests that people are learning a subject quickly, not slowly.

It is possible that when we refer to a steep learning curve, we’re talking about a difficult subject to traverse, like a sort of steep incline. But that doesn’t change the fact that, as the poet once said—”you keep using that word; I don’t think it means what you think it means.” Inconceivable!

“I Have Scientific Proof”

No, you don’t. And you never will. “Proof” and “science” simply cannot mix—final, definitive, scientific proof is more or less an oxymoron. Don’t get us wrong, science can be fairly sure about things (vaccines and GMOs are safe; climate change is real; disease is caused by tiny invisible monsters) but if anyone tells you science has proven something, they’re lying.

Science is a self-correcting system in which no theory is sacred and all information is up for grabs—always. If you can debunk the existence of gravity or evolution or heliocentricism, you’re welcome to try—and that’s one of the best things about science. Proofs are for mathematicians.