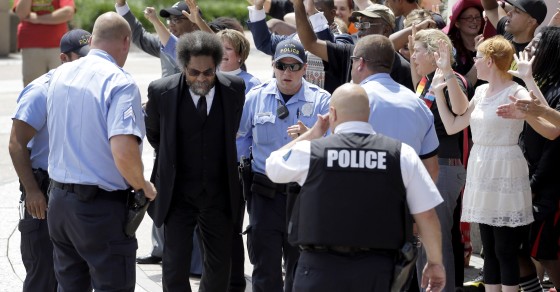 Police supporters cheered the arrests of more than 50 protesters, including a few renowned civil rights activists, who staged a sit in in front of a government building in St. Louis early Monday afternoon.

Several Ferguson activists jumped over a police barricade at around 1:30 p.m. and sat down in front of the St. Louis courthouse. Police soon arrested many of the protestors, including prominent leaders DeRay McKesson, Johnetta Elzie and Cornel West. McKesson shared a Vine video of Elzie being arrested. McKesson was arrested moments later. Unlike with some previous Ferguson-related demonstrations, both the protests and the arrests in this case were peaceful. The protesters will face charges for obstructing an entrance.

Cornel West just got arrested together with around 40 other activists BlackLivesMatter pic.twitter.com/lkMwHkgEZE

A reporter for USA Today tweeted that police officers appeared to be celebrating West’s arrest, taking photographs with the famous professor and activist.

Cop arresting @CornelWest smiling and taking pictures as a fellow cop poses for a photo with West in handcuffs. #moralmonday

People in the Facebook group I Support the Police, Not Criminals, including some commenters who identify themselves as former cops, also appeared to be happy about the arrests. 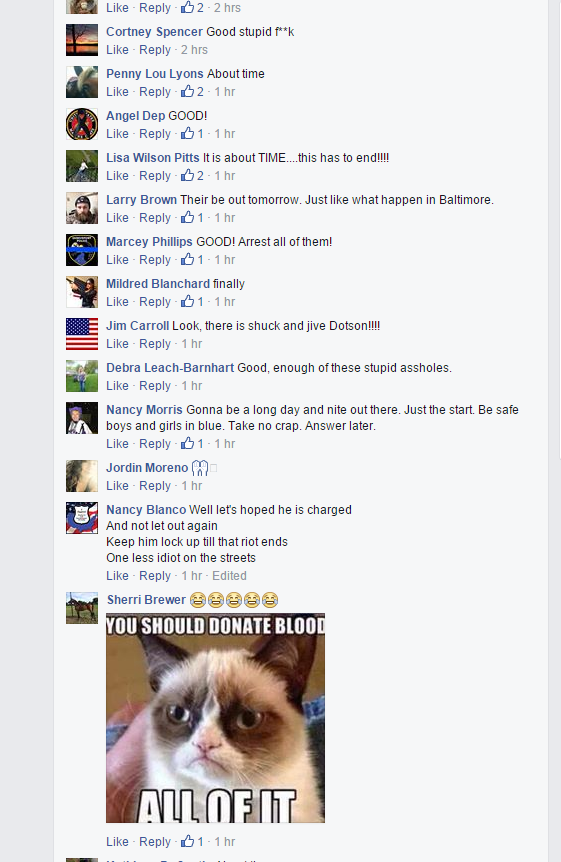 There were similar sentiments on the Facebook page Ferguson/Nationwide Unrests. 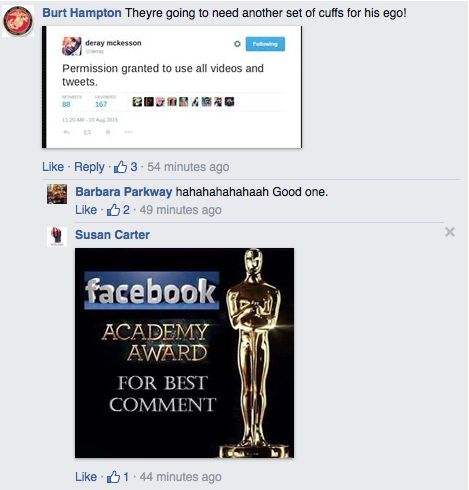 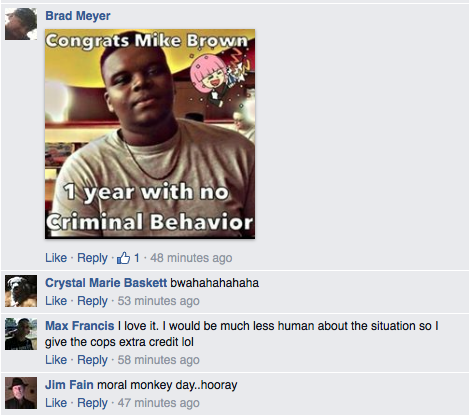 Following the arrests, St. Louis County declared a state of emergency. One Twitter user pointed out that with some prominent activists now arrested, they will no longer be able to use their leadership to help ensure that the anger doesn’t boil over into violence.

It's unfortunate that those faith leaders being arrested right now won't be available to help keep the peace tonight in #Ferguson.