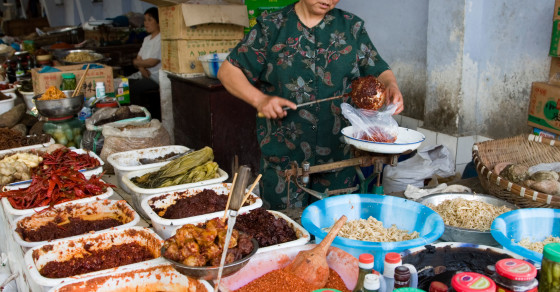 Spicy Food Will NOT Make You Live Longer
By Joshua A. Krisch

Spicy Food Will NOT Make You Live Longer

Spicy food will not make you live longer. We see bogus studies like this all the time—a food item that cures cancer, causes cancer, makes you live longer and makes you die younger. Usually, only fringe media organizations embrace the junk science. But even CNN and The New York Times fell for this one.

Here’s how it all went down. An enormous (but observational) study published in the British Medical Journal reported that spicy food was correlated with long life, after researchers found that people who responded on a survey that they eat spicy food less than once per week died at slightly higher rates than people who enjoyed spicy food more often. The authors concluded (emphasis ours):

“Our analyses showed significant inverse associations between spicy food consumption and total and certain cause specific mortality…None the less, given the observational nature of this study, it is not possible to make a causal inference.“

That should have been a red flag for journalists. When even the scientists who conducted the study don’t think spicy food causes long life, it doesn’t make much sense to report on “The Intriguing Link Between Spicy Food and a Longer Life” or suggest that “Spicy foods may help you live longer, says a new study”.

This is part of a much larger problem that plagues shoddy science journalism: the dreaded correlation/causation bias. For the uninitiated, that’s when you take two things that happen to be linked, and then automatically decide that one causes the other. But correlation almost never implies causation. For instance, the number of people who drowned by falling into a pool correlates nicely with Nicholas Cage’s film appearances. The U.S. government’s science spending correlates with the national number of deaths by strangulation. We really could go on. The researchers behind the spicy food study knew this (that’s what they meant by “not possible to make a causal inference”).

More Junk Science: The GMO Debate Is Over
​

So if spicy food wasn’t what caused these people to live longer, what was? First of all, there’s a chance that spicy food legitimately led to better health. There have been preliminary studies that suggest some of the chemicals in spicy foods are good for you, so it wouldn’t be fair to rule it out entirely. But—and we cannot stress this enough—this study does not show, or even suggest that.

It is also possible that spicy food consumption is linked with other healthy behaviors. The study was conducted in China, where spicy dishes are frequently accompanied by large amounts of carbohydrate-rich foods, meaning that people who eat more spicy food often eat more carbs in general.

There’s also some data to suggest that rich people have more access to spicy food, but they also have access to superior healthcare, so is the spicy food or their affluence the cause? It’s impossible to tell from the study. It’s important to note that none of these suggestions are definitive, either—because correlation does not equal causation. Seriously.