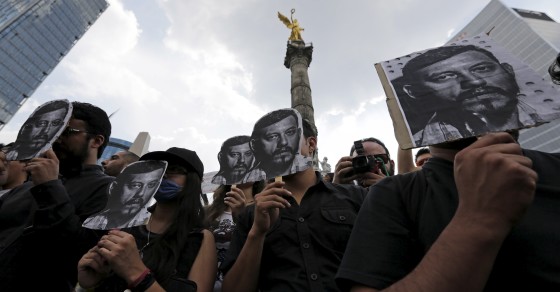 Mexicans Are Outraged Over Photojournalist’s Death
By Leigh Cuen

Mexicans Are Outraged Over Photojournalist’s Death 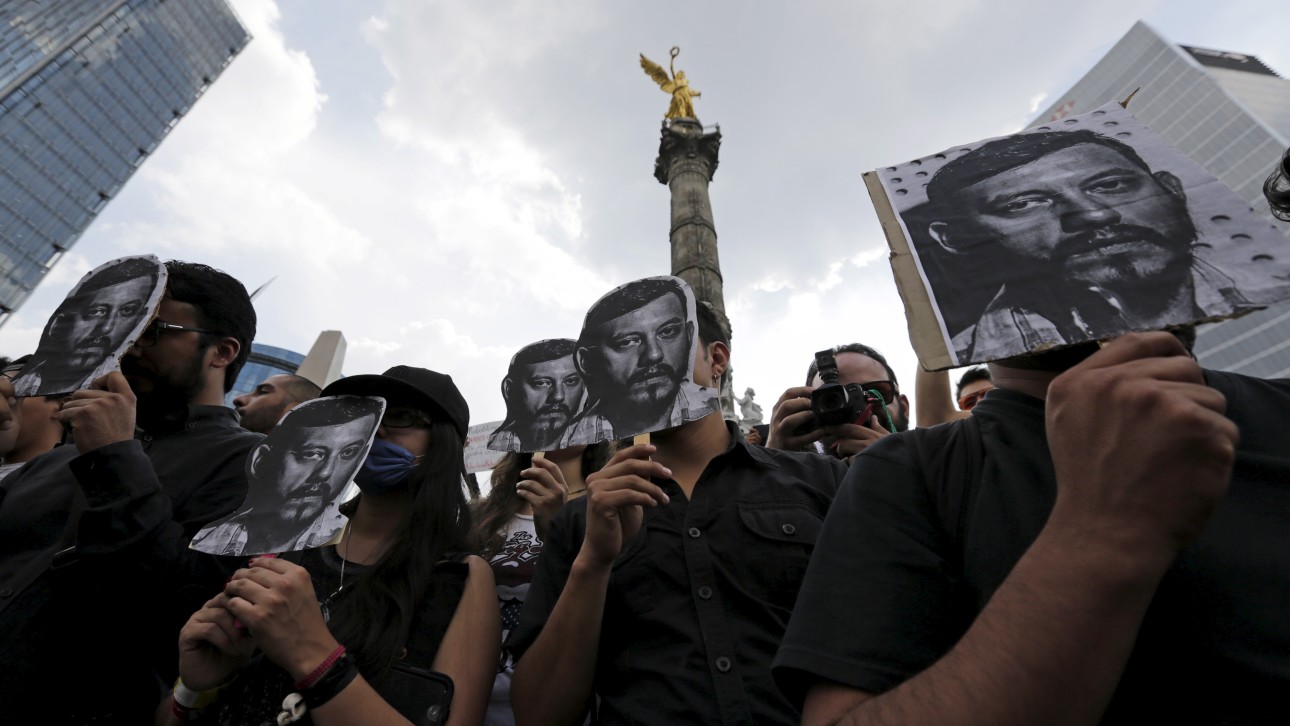 Mexicans are taking to social media to express outrage over the recent deaths of photojournalist Ruben Espinosa and four women who authorities have not identified by name. Using the hashtag #FueElEstado, meaning “it was the state,” many social media users and activists are accusing Mexico’s government of what they say were assassinations. Thousands of others are posting a slew of related hashtags to draw attention to the deaths.

The outrage spread offline as hundreds of journalists and activists marched in Mexico Sunday against the deaths of the five Mexicans whose bodies were found Friday night in an apartment near central Mexico City. Espinosa had fled to the capital city in June from the state of Veracuz, where his journalistic work focused on local social movements. Reports said he faced constant harassment and surveillance after publishing work critical of the government.

Some online described the incident as femicide, as four out of the five killed were women, and Mexico City prosecutor Rodolfo Rios Garza didn’t name the women. It also appeared that the women were tortured and sexually assaulted, one activist told The Guardian.

Mexican journalist Lydia Cacho identified two of the four women as Nadia Vera, an activist with the YoSoy123 social movement, and Yesenia Quiroz Alfaro, who activists say worked with Espinosa on investigative reports. Over the last 24 hours, hashtags of their names were used in more than 17,000 tweets. Others posted the feminist hashtag #NiUnaMenos—“not one less”—alongside Espinosa’s name in tweets to highlight a wider epidemic of violence committed against women with impunity across Latin America.

Mexico City prosecutor Rodolfo Rios Garza said Sunday the killings were being investigated. On Monday, two activists in Mexico called for another protest.

Translation: “We want to live! Stop killing us!”  (The shared Facebook post claims all bodies were found with signs of torture and that the women’s bodies also bore signs of sexual violence. The post denounces the government and media’s exclusive focus on the sole male victim and calls all five murders an act of feminicide.)

Translation: “It was the state!”