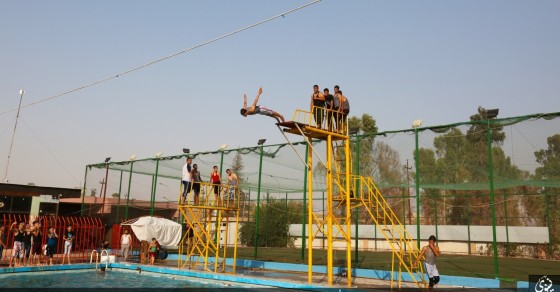 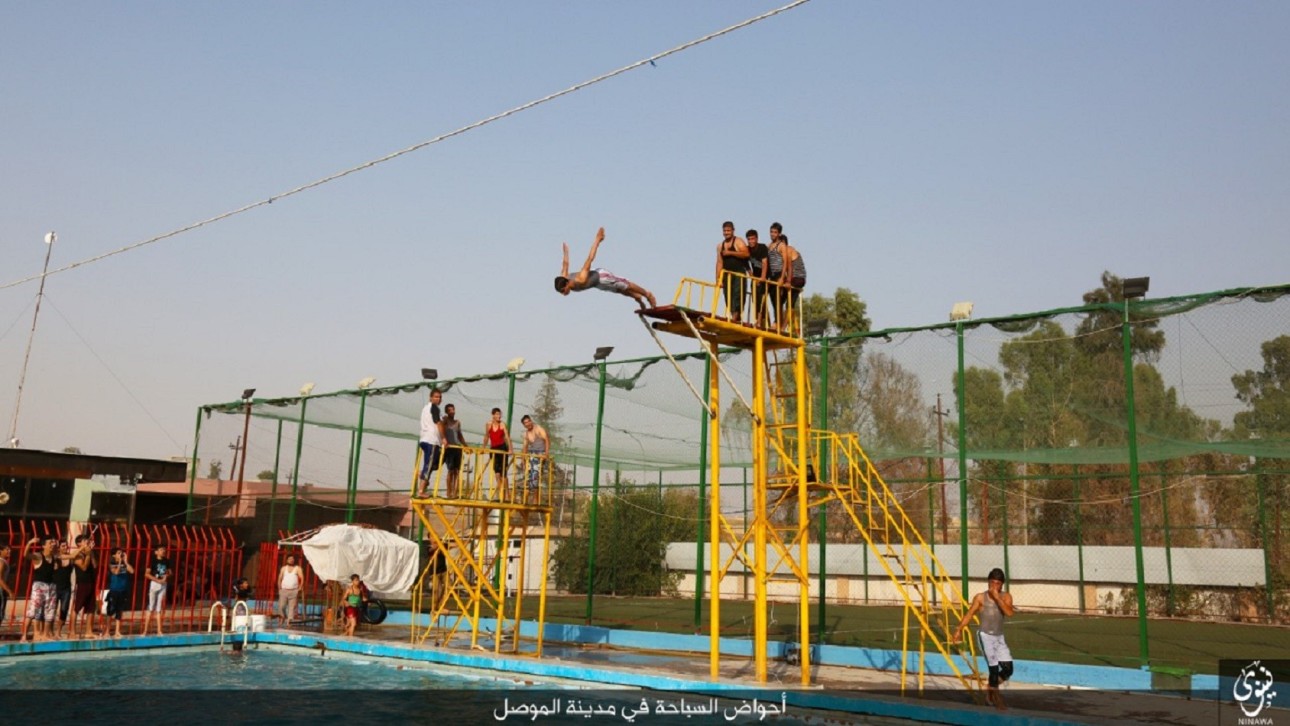 ISIS has strict pool rules: Wear long shorts and a T-shirt while you swim, don’t swear while taking a dip and don’t swim when you’re supposed to be praying.

The policies were painted on a poolside wall in Mosul, where the Islamic State is boasting swimming pools, diving boards and water slides as sweltering summer temperatures in Iraq and across the Middle East climb. This week, temperatures in Mosul are expected to reach 118 degree Fahrenheit.

The Islamic State’s message is clear: Don’t sweat it. On Sunday, ISIS’ official media wing in Iraq’s Nineveh Province released a slew of photos showing men and boys enjoying at least four indoor and outdoor pools. All of the swimmers were clothed while taking a dip, and no girls or women were shown in the images, which included one listing the poolside rules.

The photo series appears to be part of a propaganda blitz aimed at showing that ISIS is more than a militant group—and that it offers perks to people living under its control. The group has broadcast its charity work and social services in a likely bid to win the hearts and minds of local residents.

Last week the Iraqi government, which is battling the Islamic State, declared a four-day weekend running through Sunday due to the heat. On Friday in Baghdad, which the Islamic State doesn’t control, masses of people protested persistent power cuts that are common in the country. Temperatures that day hit a searing 120 degrees in the Iraqi capital.