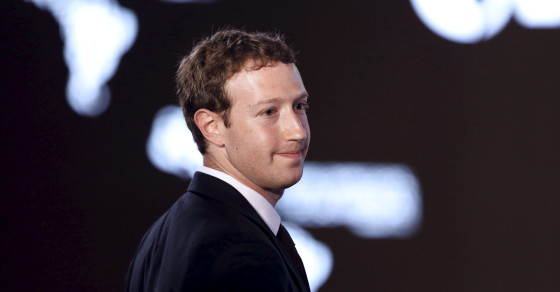 Facebook founder Mark Zuckerberg's message about his wife's miscarriages was highly personal, but it will likely help a lot of people

Mark Zuckerberg on Friday did as so many people have before him and gleefully announced the news of a pregnancy on Facebook, the social network he founded. Then he did something entirely off-script: he revealed that he and his wife went through three miscarriages before arriving at this happy announcement.

“Most people don’t discuss miscarriages because you worry your problems will distance you or reflect upon you — as if you’re defective or did something to cause this. So you struggle on your own,” he wrote. “When we started talking to our friends, we realized how frequently this happened — that many people we knew had similar issues and that nearly all had healthy children after all.” He went on to say that he and his wife hope that by sharing their story, others might feel more comfortable sharing theirs.

Despite the highly personal tone of his post, research shows Zuckerberg is probably right.

Just last month, a study out of the Albert Einstein College of Medicine and Montefiore Health System indirectly supported Zuckerberg’s assertion that miscarriage is rarely talked about. A survey of over 1,000 men and women found that participants wildly underestimated the frequency of miscarriage and researchers speculated that it might be the result of how taboo conversation is around the topic. The majority—55 percent—believed that it affects fewer than 6 percent of pregnancies. In fact, miscarriage happens in an estimated 15 to 20 percent of known pregnancies.

The survey also revealed that 41 percent of participants who had experienced a miscarriage, or whose partner had experienced one, said they felt alone in the experience. But the researchers did find one thing that helped reduce feelings of isolation in 28 percent of respondents: public figures discussing their own miscarriages.

Zuckerberg is also right that people often blame themselves for miscarriages. The same study found that 41 percent of participants who had experienced a miscarriage reported that they felt they had done something wrong, and 28 percent felt ashamed. This builds on several past studies which have found that guilt is a common reaction to miscarriage.

These feelings are supported by mistaken beliefs about what causes miscarriages. An impressive majority believed miscarriage could be caused by stress (76 percent) or lifting a heavy object (64 percent). 22 percent of all participants believed that “lifestyle choices” like using drugs, alcohol or tobacco were the most common causes of miscarriage. Again, people have it all wrong: Miscarriages are most often caused by chromosomal abnormalities.

Zuckerberg’s anecdote about how most of his friends who had miscarried went on to have successful pregnancies might sound hollow, but it too is backed up by data. One study found that only 1 to 2 percent of women experience recurrent miscarriages. That’s one way in which Zuckerberg’s experience actually deviates from the data: most miscarriages are a one-time thing.