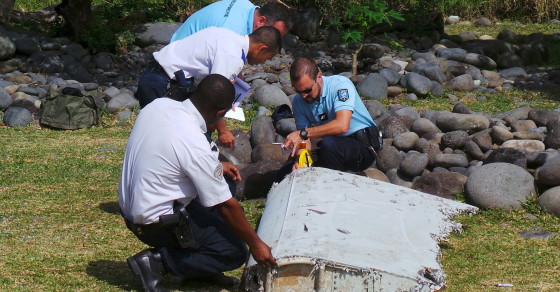 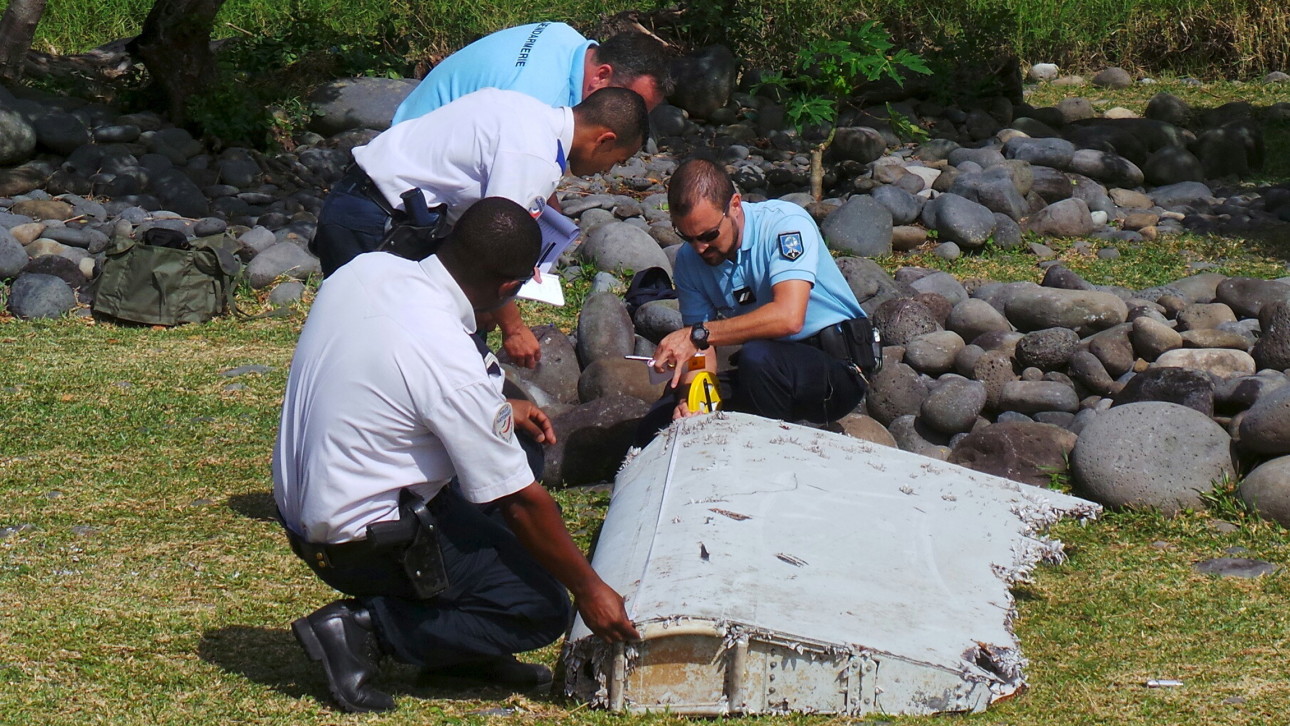 French gendarmes and police inspect a piece of plane found Wednesday. — REUTERS
By Jacob Steinblatt
Jul 30, 2015 at 5:29 AM ET

Update: Malaysian Prime Minister Najib Razak reportedly confirmed Wednesday that the debris found on Reunion Island in the Indian Ocean is part of Malaysia Airlines Flight 370, which vanished during a flight from Kuala Lumpur to Beijing in March of 2014.

The tattered remains of a suitcase were discovered not far from where a piece of an aircraft wing possibly belonging to missing Malaysia Airlines Flight 370 was found Wednesday, raising questions about whether the bag could have been aboard the flight that disappeared in 2014.

A gardener on the Indian Ocean island of Reunion discovered the destroyed piece of luggage and a journalist there posted a picture of the laborer holding the bag up to be photographed on Thursday.

Officials believe plane debris discovered on the island Wednesday could belong to a Boeing 777 —the same model of the Malaysia aircraft that went missing. The find could constitute the first major clue about the disappearance of MH370. “We are treating this as a major lead and seeking to get assurance about what has been found and if it is indeed liked to the disappearance of MH370,” Australian Deputy Prime Minister Warren Truss said Thursday at a press conference.

Translation: Photo of the suitcase found this morning at Saint-André, near where the wing was seen yesterday.