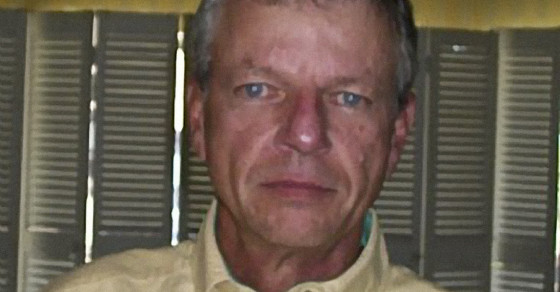 John Russel Houser, identified as the man who killed two people in a movie theater in Lafayette, was a member of a Tea Party website who wrote about the decline of America and his own willingness to die

The alleged gunman who killed two people and injured nine inside a Louisiana movie theater on Thursday night left a trail of bitter musings on social media, ranting that rather than live in a declining nation, “I will take death.”

John Russel Houser, who committed suicide after carrying out the attack during a showing of the romantic comedy “Trainwreck,” was a registered member of the Tea Party Nation website and also a frequent commenter on PoliticalForum.com where he wrote about taxes, Obama and the impending collapse of the United States, Vocativ found. Responding to a thread in 2013 titled “How can you not see what is coming,” Houser offered a chilling assessment of his future.

It is true that the US is about to fall. I will be in fear at that time as will everyone else,but not in a fear which resembles that of the leaders of foolishness and the brainwashed that follow.Truth carries with it an understanding of death. Rather than live without it, I will take death. My greatest fear is that I could die making a decision for the good of myself against everyone else.

In more than a dozen other comments sprinkled across Internet forums, Houser expressed interest in white power groups and often espoused conspiracy theories popular among some antigovernment groups in the United States. He praised Adolf Hitler for his “pragmatism” and regularly lashed out against “sexual deviants.” Houser was at one point involuntarily committed to a mental institution for “erratic as well as threatening behavior,” according to court filings reviewed by the Associated Press.

On Twitter, the alleged gunman also gave praise to the Westboro Baptist Church, whose congregants are infamous for holding signs that read “God Hates Fags” and “Pray for More Dead Soldiers” at funerals and protests around the country.

The Westboro Baptist Church may be the last real church in America[members not brainwashed].

Authorities say that Houser, 59, was a drifter who had previously lived in Alabama. His social media accounts suggest he also lived in Ohio and and in Georgia at different times.

In his LinkedIn page, Houser, 59, claimed he was at one point a frequent guest and regular commentator on a radio show in Columbus, Georgia. “Invited political controversy on every one of them, and loved every minute of it,” his page reads. Houser’s LinkedIn profile also says he was an “unwanted guest and budget cutter” at seven Columbus water board and 22 city council meetings. It claims he helped save the city millions of dollars.

Houser’s Facebook page says he studied “Freedom” at Faulkner University in Ohio. One of his publicly available social media posts was a link to an article claiming liberals brainwash people into hating America.

His last Facebook messages were more ominous. “The end to the modern day Rome comes soon,” he wrote on December 25, 2013. That same day, Houser wrote his final Facebook post. It reads: “Death comes soon to the financially failing filth farm called the US.”

This story is developing. Please check back for updates.