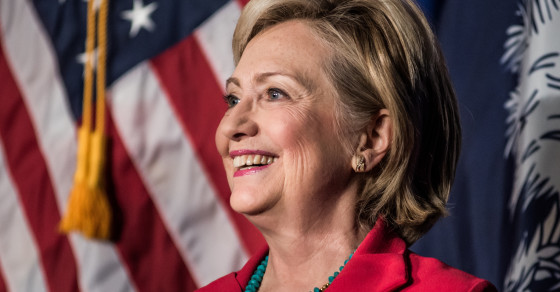 The Vile Language Hurled At Hillary Clinton on Social Media

Every day on social media, Hillary Clinton is subjected to some of the worst possible insults—we looked at what they are, and what motivates the people hurling them 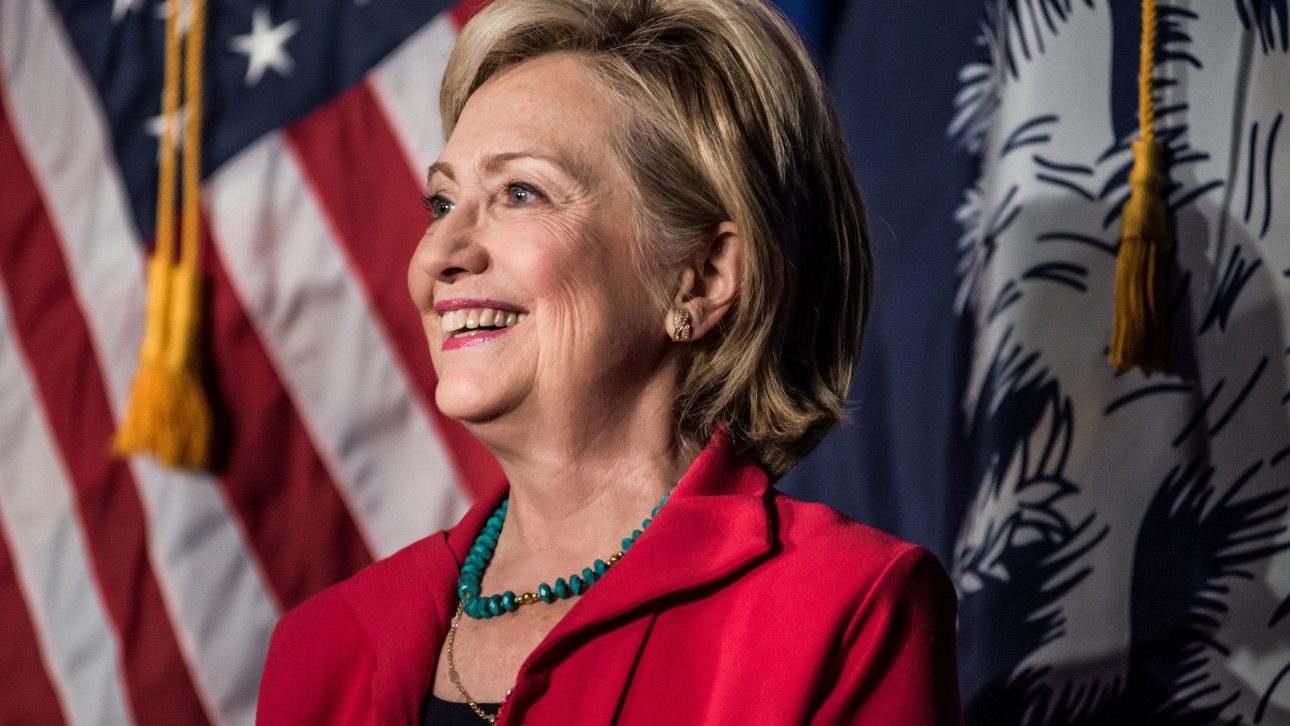 This article discusses some of the most vile and disturbing language that can be directed at a woman. Proceed with caution.

It only took one post from Hillary Clinton’s official Instagram account for the sexist comments to roll in. She was called a “bitch” on her very first post, which featured an image of her predictably red-white-and-blue clothing rack. “If this bitch can’t decide what to wear how will she decide what to do for her country, and shit like this is why we shouldn’t have a female president,” wrote a commenter in response. Similarly hostile remarks showed up in the comment threads that followed, as they already have across all social media platforms.

But just how much online sexism is directed toward Clinton? And what words are being used?

A Vocativ analysis reveals that the most common sexist insult directed at Clinton on Twitter is the word “bitch.” In a survey of more than 25,650 tweets aimed at her, there were over 1,980 uses of the term. It was hands-down the most popular gendered insult leveled at Clinton. The runners up: “Cunt,” with 370 mentions, and “slut” with 114 instances. A couple disturbing examples: “hillary clinton is one ancient slut,” “Hillary Clinton looks like a cunt” and “As long as Hillary Clinton doesn’t get it idc. She’s a stupid bitch.”

There are the rare cases of “bitch” being used very positively toward Clinton, but these were the exception, not the rule:

I think Hillary Clinton is a bad bitch yaaaas B yaaaaas

The term “vagina” was used 450 times in the analyzed tweets, often in reference to people voting for her just because she has one. Of course, there are also more vulgar examples of people discussing Clinton’s sexual anatomy. There was also commentary to be found about other parts of her body. We don’t feel comfortable quoting them, but examples are here and here.

On Instagram, predictable insults like “slut,” “bitch,” “shrew” and “witch” were thrown around, while some users got a bit more creatively horrible. Some actually spelled out their sexist beliefs: “As far as I’m concerned women don’t have the same rights as men for a reason. It should stay that way.”

On Facebook, some of the most common sexist remarks referred to Clinton being a grandmother: “Are you people voting for this person because she is a woman,” said one commenter. “If you are that is a dumb choice. She needs to GO home and be a gramma.” Also popular were insults about Clinton looking “ugly.” Some managed to come off as both sexist and ageist, like this one: “As soon as people start to ask Hillary Clinton questions she is done. He [sic] poll numbers will meet her nipples on the floor.”

But these generic sexist insults were overwhelmingly outnumbered by references to Bill Clinton’s infidelity. Of the sexist Instagram comments directed at Clinton that we surveyed, nearly a quarter mentioned Monica Lewinsky. Often, these were simple taunts: “Monica wants her bra back from your house #killary,” read one comment. But many suggested that Clinton is unfit to lead because her husband strayed. “You couldn’t satisfy ur husband, how do u think you’ll satisfy a nation?” wrote an Instagram user. Another said, “How can this dumb bitty even think she can be president?? She couldn’t even be the first lady and take care of Bill…”

A similar phenomenon was on display on Facebook: 14 percent of sexist comments aimed at Clinton mentioned Lewinsky. Consider this gem: “Hillary sucks – but Monica sucks better. Ask Bill. Who would want this lying, scandal ridden, deceitful old hag to be president?” Another Facebook user wrote, “Not a good home maker as Bill had to fill his needs elsewhere. If she can not take care of her own family, how can she take care of you?” A handful of comments suggested that people shouldn’t vote for Clinton because of her husband’s indiscretions.

Same deal on Twitter. Of the sexist tweets we surveyed from the span of just over two weeks, the most popular term was “husband,” which was mentioned well over 1,600 times. And again, Hillary Clinton was blamed for his affair. (It’s worth noting that Clinton herself has allegedly blamed herself for her husband’s indiscretions.)

This obsession with Clinton’s ability to keep her husband sexually satisfied isn’t new. Rebecca Traister, author of “Big Girls Don’t Cry: The Election that Changed Everything for American Women,” about the 2008 election, says, “That goes back through the whole history of the Clintons and definitely was always threaded through how people reacted to Monica: evidence that the independent woman couldn’t be enough of a woman for her husband.” Now we’re seeing the infidelity used on social media as evidence that the independent woman isn’t enough for her country, either.

It’s a mindset that casts the role of a female president as wife to the entire nation. Within that mentality, Clinton is shirking her responsibilities not just to her husband, but also to all men. It calls to mind how during her first presidential campaign she was heckled by guys ordering her to “Iron my shirts!” and antagonized by the Facebook group “Hillary Clinton: Stop Running for President and Make Me a Sandwich.” That’s how little the sexist rhetoric around Clinton has changed in the past seven years: at its core, it’s still about her not knowing her place.