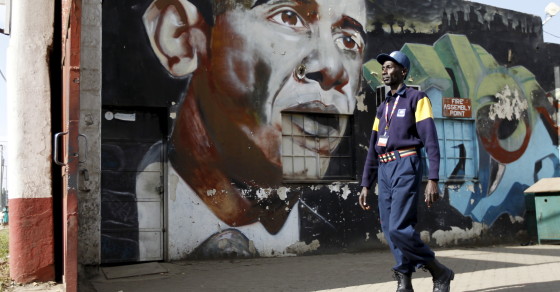 The hashtag was posted in more than 100,000 tweets after CNN said President Obama was headed to a "hotbed of terror"

The #SomeoneTellCNN hashtag went viral Thursday as twitter users lashed out at CNN for saying that President Obama was headed to a “hotbed of terror.” The network said Al-Shabaab—a terror group based in Kenya’s neighbor, Somalia—poses worries for the president, who is visiting Africa later this week.

The hashtag was created a month ago but was posted widely across social media after CNN reported its story. Since Wednesday night, the hashtag appeared in more than 100,000 tweets. Julie Gichuru, a Kenyan journalist and TV presenter, tweeted: “It would be prudent to note that we are not a backward banana republic but a highly informed & analytical nation.” Other Twitter users posted pictures mocking CNN, declared that the U.S. is more dangerous than Kenya and called for an apology.

Obama is scheduled to land in Kenya’s capital Nairobi Friday to address the sixth Global Entrepreneurship Summit and meet with President Uhuru Kenyatta. Then he will travel to Ethiopia.

CNN was right. When behaviour like this goes unpunished, a place should be called a hotbed of terror #SomeoneTellCNN pic.twitter.com/KFIwuMxDSW

#SomeoneTellCNN that there have been terror attacks in France, Thailand and South Carolina.