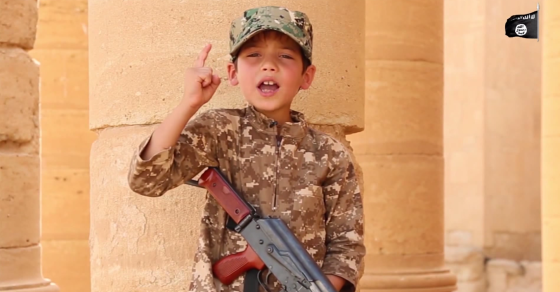 ISIS Boy In New Video: “Give Me My Weapon”
By Jacob Steinblatt

ISIS Boy In New Video: “Give Me My Weapon”

For the first time, children speak at length directly into the camera 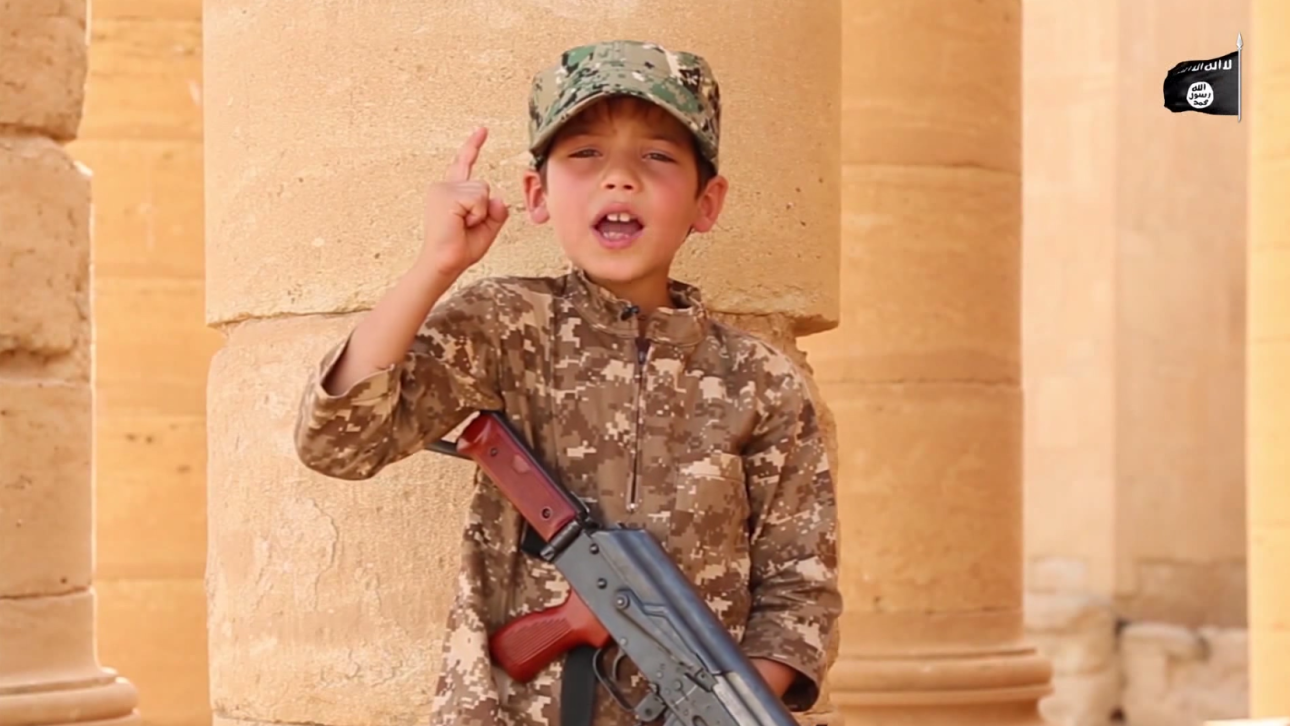 The video, called “The Cubs of Dijla” in a reference to the young boys being indoctrinated and groomed to fight, shows children as the clip’s primary speakers. They deliver monologues and recite verses of the Quran, marking the first time the Islamic State has depicted boys—one as young as three—speaking at length directly into the camera.

“Where are the martrys? Where are the suicide attackers?” a young boy asks, urging Muslims and Arabs to stop talking and start acting. “Give me my weapon,” he declares as he grabs a gun almost as long as his body. He later fires the rifle.

The troubling nine-and-a-half minute clip also pictures children in a classroom sitting at desks and listening to a lecture on Sharia law. It then shifts outdoors, where the same children are depicted in military fatigues performing training exercises with rifles.

The video’s release follows a string of Islamic State killings recently carried out by kids—part of the group’s wider push to aggressively and systematically exploit children.