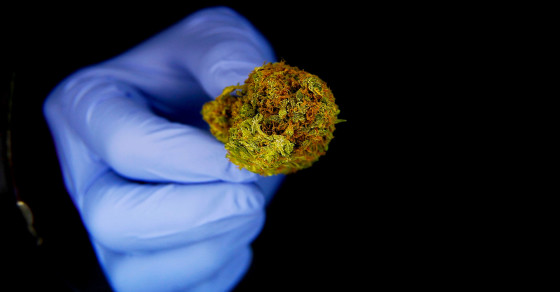 The States That Don’t Want To Legalize Marijuana

You're killin' the vibe, guys

Public Service Announcement: 7 states are the party poopers of America. Missouri, Kentucky, Tennessee, North Carolina, Wisconsin, New Mexico and Idaho are the only states—of those where residents were polled—that don’t support legalizing marijuana.

The majority of people in 26 out of 38 states where people were asked about marijuana legalization since 2012 said they supported it, according to a report by The Washington Post. Other states were either divided in opinion or mostly opposed it. For a handful of states, no data was available.

While marijuana legislation mostly happens at the state level, Americans on a national level smoke pot a lot: Nearly 20 million of them said in 2013 that they had used marijuana at some point a month earlier, according to The Substance Abuse and Mental Health Services Administration. That year, a poll found that 38 percent of Americans have tried marijuana while 7 percent said they were marijuana smokers, Gallup reported.

There are 24 states that already legalized pot in some form, whether for medicinal or recreational use. What states will be next?