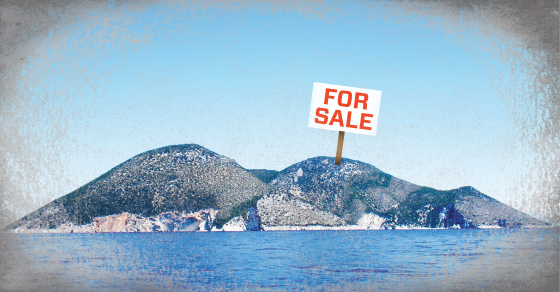 It’s A Great Time To Go Island-Shopping In Greece 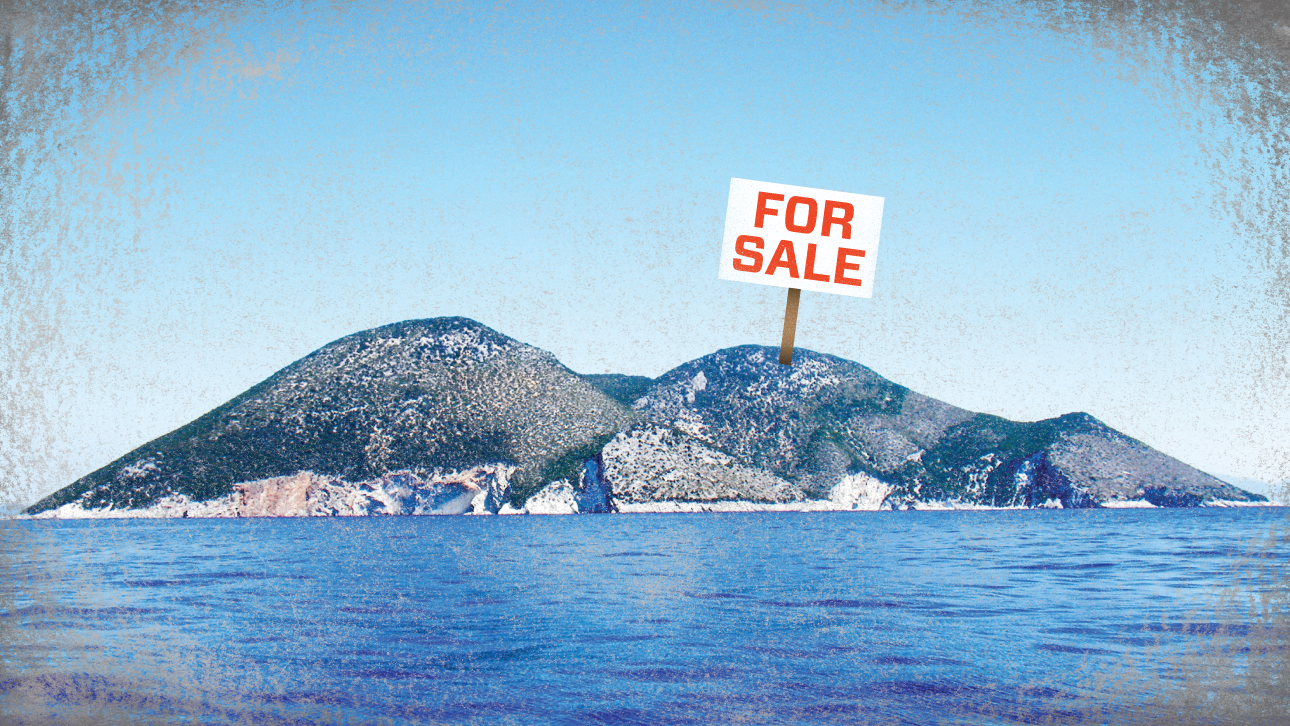 Wealthy foreign investors are expected to buy up Greek islands in coming months as Monday’s bailout will likely force hard-hit rich Greek moguls to dump their piece of paradise. This “fire sale” of private Greek islands to “bargain hunters” is expected to take place over the next few years, according to property agent Knight Frank.

Foreign investors are taking advantage of the falling property prices, which have plunged by 30 percent over the last five years thanks to Greece’s debt crisis. Here are some island hunters who hoped to profit from Greece’s woes:

Ekaterina Rybolovleva, the daughter of Russian billionaire and former owner of Russia’s largest potassium fertilizer producer Dmitry Rybolovlev, reportedly bought the island for $150 million in 2013. Skorpios was owned since 1962 by shipping tycoon Aristotle Onassis and served as the location of his wedding to Jackie Kennedy. His daughter eventually sold it to Rybolovleva, although it was reported that Madonna and Bill Gates had expressed interest in scooping it up.

If you can’t afford Skorpios, buy a half a dozen other islands. That’s what Hamad bin Khalifa Al Thani did in 2013 when Rybolovleva reportedly wouldn’t lower her asking price for Skorpios. Al Thani planned to use the islands exclusively for his 24 children and three wives, The Guardian reported.

Brad Pitt and Angelina Jolie wanted their six children to run around in peace without the paparazzi, news outlets reported in June. The 43-acre island secured planning permission for six villas back in June, The Washington Post reported.

In a bidding war of 48 Chinese investors in March, a Greek island up for auction on Taobao (China’s eBay) was nabbed by a construction tycoon from China’s Yunnan province, International Business Times reported. The same man also reportedly bought a Canadian island for 1.7 million yuan, or $273,985.

Dozens of other Greek islands are listed on Private Islands Online, with more expected to crop up as once-wealthy owners are forced to liquidate their assets. A 54-acre Stroggilo Island, with “a perfect 110 meters beach that can easily transform to a heaven on earth place for vacations,” is available for the paltry sum of $4.5 million.

Searches For Vacations In Greece Hit 10-Year High (Vocativ)
Are There Food And Medicine Shortages In Greece? (Vocativ)