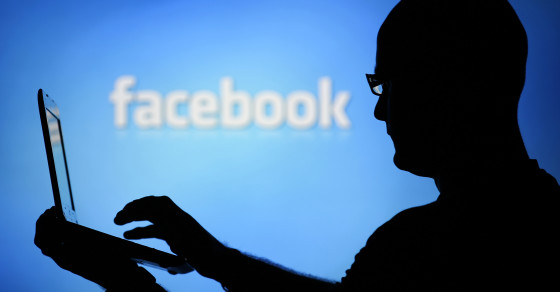 To combat ISIS, lawmakers are now looking to lean on social media companies for help

A new provision in the 2016 Intelligence Authorization Act could further strain the relationship between Internet companies and their users by requiring social media sites like Facebook and Twitter to report what they might suspect as terrorist activity to federal authorities.

The Senate Intelligence Committee approved the legislation in a closed session last week. Unlike the debate over digital encryption, which continues to grab headlines and stir public deliberations, this one is unfolding out of the spotlight.

The legislation has yet to be publicly filed, and purportedly aims to assist officials in monitoring threats posed by ISIS and other terrorist organizations. But it could also inflame users, who are increasingly concerned over the degree to which they’re being tracked and monitored online.

According to the provision, any online service provider that “obtains actual knowledge of any terrorist activity…shall provide to the appropriate authorities the facts or circumstances of the alleged terrorist activity.” Terrorist activity could include tweets, videos, posts or online exchanges by users, the Washington Post reported.

Privacy and civil liberty advocates say that the proposed legislation, which was first obtained by ABC News and later verified by Vocativ, is vague in its definitions. As written, the measure does not define “terrorist activity” nor indicate what precisely happens to information provided to the government. It is also unclear what liabilities or penalties a company may face, should they fail to follow the measure.

While the provision stops short of forcing social media companies to actively spy on or monitor their users, critics say its ambiguity could leave them with little choice but to violate the privacy of their users.

“These vague obligations create a strong incentive for companies to be overboard with their own implementation, which could target large swaths of protected speech,” Emma Llanso, a director at the Center For Democracy and Technology, tells Vocativ. “They would certainly complicate relationship between users and service providers and could undermine the trust that any user has.”

Twitter, Facebook and YouTube have not commented on the measure, but a Senate source familiar with the legislation said it was not intended to “force companies to do anything they’re not already doing.” The source asked to speak on condition of anonymity because the bill is not yet public.

“We don’t want private companies to judge who’s a terrorist,” the source told Vocativ, adding that lawmakers will seek industry feedback once the bill is formerly introduced before the Senate.

However some national security experts are already praising the provision in its current form.

“Ultimately this is a higher-tech version of ‘See something, Say something,'” Michael Leiter, a former director of the National Counterterrorism Center, told the Washington Post. “In that sense, I believe that there is value.”

Critics, on the other hand, believe it will set a dangerous precedent, one that’s ripe for abuse.

“It’s one piece in the bigger puzzle to compel companies to police speech online,” says Llanso. “We’re clearly very, very concerned about that.”