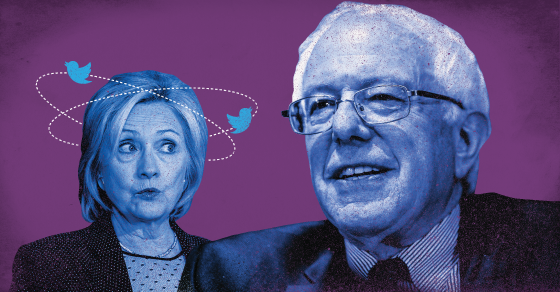 Where Bernie Sanders Is Beating Hillary Clinton
By Jennings Brown 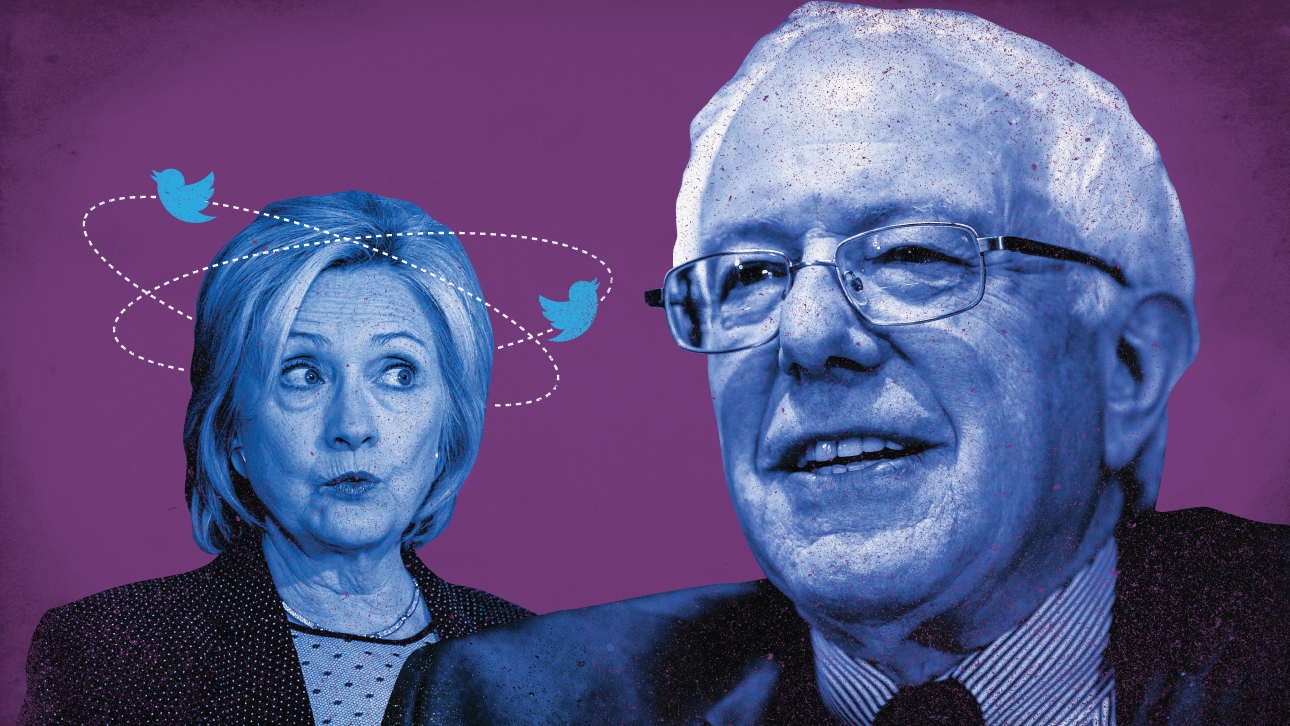 Try as she might to be the most popular candidate on social media, Hillary Clinton is not as influential on Twitter as Bernie Sanders.

Sure, Clinton has accounts on Facebook, Instagram, Snapchat, Periscope and Spotify, and has far more followers on Twitter (3.81 million vs. 425,000), but as of late June, Sanders is getting more overall engagement—retweets and favorites—on his tweets than Clinton gets on hers.

Clinton’s engagement peaked in March. Leading up to that peak, she went from barely tweeting at all to tweeting every few days. Her followers were also hanging on her every tweet, hoping they would provide clues about her political aspirations, as she had not yet announced her presidential candidacy. Now Clinton’s account usually tweets a few times a day to less fanfare. Sanders’ tweets are slightly less frequent but have higher engagement. (In this case, “engagement” is measured by the number of reweets and favorites per tweet.) His tweet engagement has been building slowly since his announcement in April, while Clinton’s tweet engagement has been on the decline since her announcement. 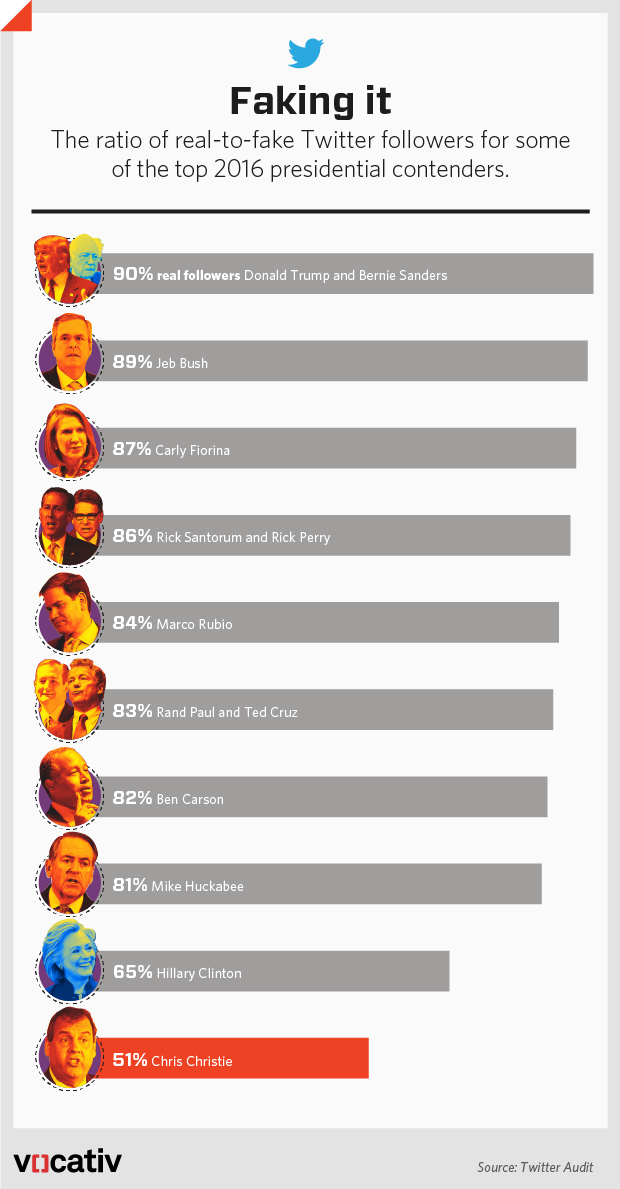 Part of the reason for the lower engagement may be that Clinton has a larger portion of zombie followers—only 65 percent of Clinton’s followers are real, while 90 percent of Sanders’ are authentic. But there also seems to be an overall interest in Bernie Sanders that is driving this shift. Since June 17, more people have been Googling “Bernie Sanders” than “Hillary Clinton.” This was likely caused by the June 16 New Hampshire poll showing a surge in support for Sanders.