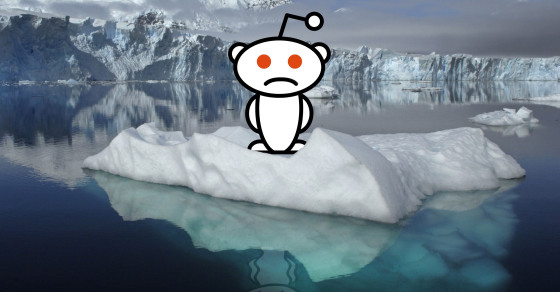 So long to Reddit AMAs—for now. One of the most popular subreddits, Ask Me Anything, was shut down after Reddit employee Victoria Taylor, aka “Chooter”, left the company. Turmoil is spreading as major subreddits are beginnint to be shut down in protest by angry moderators.

Since AMAs began in June of 2005, it has become one of the most popular vehicles for celebrities to interact with the regular folks of the internet. Famous participants answer a thread of questions submitted by anonymous Reddit users. It’s an online, unfiltered press gaggle which hosted politicians, celebrities, and regular folks who have made noteworthy achievements or have odd jobs or deformities. Some of the more memorable AMA subjects include President Obama, Snoop Dog, Jerry Seinfeld, Louis CK, a Columbine survivor, a McDonald employee, and the man who played Putty on Power Rangers.

But on Thursday, one Reddit user posted that Reddit employee and administrator Chooter–who organized all the high profile AMAs–has been let go by Reddit. One user realized that Chooter (real name Victoria Taylor) no longer had the “[A]” that signifies an administrator next to her name. Vocativ can confirm that Taylor is no longer employed by Reddit.

After Redditors made the discovery, the IAmA page was set to private by the volunteer moderators of that channel, deciding they couldn’t run the subreddit without her.

Many were stunned. Karmanuat expressed frustration in a post: “We all had the rug ripped out from under us and feel betrayed. Before doing that, the admins really should have at least talked to us…for /r/IAMA to work the way it currently does, we need Victoria. Without her, we need to figure out a different way for it to work.”

Reddit hired Taylor as Director of Communications in June 2013, which she met with the message: “Not to get too philosophical, since we’ve just met, but I think Reddit is like the ocean… everything online, in some way, shape, or form, begins here and ultimately returns here.”