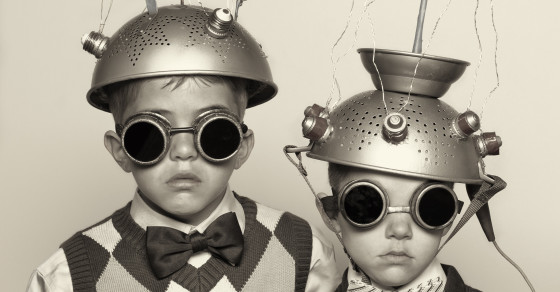 These Drugs Could Make You Electrocute People For Cash
By Joshua A. Krisch

These Drugs Could Make You Electrocute People For Cash

Scientists explore how antidepressants and other common medications influence greed and altruism.

Would you electrocute someone if we offered you $10? You might if you were on Parkinson’s medication. Scientists have found that people are more altruistic on antidepressants and more selfish on dopamine drugs, in a new study that encouraged participants to deliver painful shocks to themselves and their peers in exchange for cash prizes. The findings suggest that psychiatric drugs influence decision-making, which may pave the way for tailored drug regimens in the future.

Researchers tested whether participants would accept cash in exchange for delivering painful, electric shocks to others. To make things interesting, the authors calculated each participant’s pain threshold to ensure that the electric shocks would be painful, but not unbearably so. Upping the ante further, each participant was either given either a serotonin-boosting antidepressant, a dopamine-boosting Parkinson’s drug or a sugar pill, to test how drugs affect decision-making.

And to make things really, really interesting (and a tad scary)—the researcher actually delivered painful electric shocks and cash prizes to participants, based on their decisions during the study.

Participants were faced with two basic scenarios. First, a computerized survey asked subjects whether they would be willing to painfully shock themselves for a couple of bucks. Most refused. But then the computer upped the ante—how about 20 shocks for $20? After pursuing that line of questioning for a while, the computer then began asking about harming others. How much money would it take to convince you to shock someone else participating in this study?

The results show that people on serotonin-boosting antidepressants would avoid self-harm even when offered the largest cash prizes, while most other participants were willing to accept a few painful jolts in exchange for an easy $20. People on dopamine-boosting Parkinson’s drugs were more likely to accept a shock or two for some cash, and were disturbingly enthusiastic about shocking their fellow study participants in exchange for cash. Basically, serotonin seems to have made people more altruistic and risk-averse, while dopamine appears to foster greed and risk-taking.

Researchers are still unsure of how to treat certain psychopathic disorders, especially those that involve lack of concern for other people. This study—while strange and bit disturbing—seems to suggest that serotonin might help such patients, while dopamine could make it worse. Still, the authors stress that their study is preliminary and that we shouldn’t draw any major conclusions from their results. Which means, more or less, they ran the trial just for the fun.