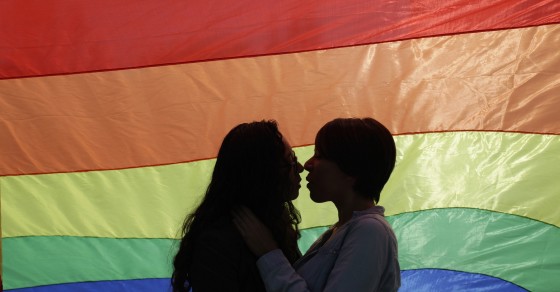 Most people are identifying with terms other than "gay" and "lesbian," according our data analysis

Young people, particularly women, are redefining queerness online, gravitating to a more diverse set of labels rather than simply identifiying with “gay” or “lesbian,” according to a Vocativ analysis.

We looked at about a dozen hashtags that spread from Tumblr to Twitter and Instagram in June (aka Pride Month) to reveal what queer youth were saying online. The insights, with almost 11,000 unique posts,  may surprise you.

#genderfluidvisibility, #nonbinaryvisibility and #acevisibility. Unlike with official Pride events, these hashtags weren’t supported by any organizations, celebrities or offline groups.

We looked at how those hashtags on Twitter and Instagram to see which were the most popular. Out of the all the LGBT hashtags, the ones people most identified with most were “bixsexual,” “queer people of color,” and “transgender.” Surprising numbers of people also chose multiple hashtags, showing that they have layered identities. All of this shows that people on social media are identifying with a far wider range of gender expression than is depicted in entertainment.

Many of the participants used anonymous accounts to protect their identities, but it looks like most participants were female teenagers and young adults. The campaigns were international, however an overwhelming majority of the geo-tagged posts came from the USA. Most people of color who published their orientation identified as “pansexual.”