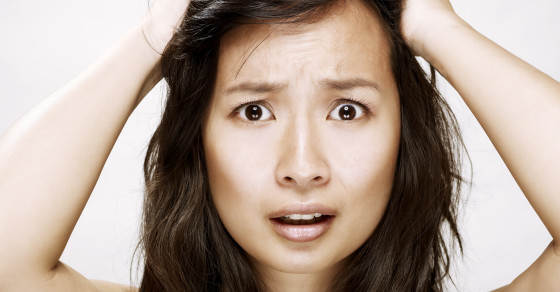 “Arousometer” Reveals Women Are Turned Off By Disgust More Than Fear
By Joshua A. Krisch

“Arousometer” Reveals Women Are Turned Off By Disgust More Than Fear

How scientists studied female arousal with a robotic tampon, pornography and videos of people vomiting

Women are more turned off by disgust than fear, a new study finds. Sure, it’s interesting—but not nearly as interesting as how scientists figured this out. Spoiler: it involves an “arousometer”, a lot of pornography, and videos of people vomiting. We’re serious.

For the study, 76 (very brave) heterosexual women agreed to be hooked up to a “vaginal photoplethysmograph” a plastic tampon-like device that measures blood flow to the genitals to determine levels of arousal. There’s some important science behind the decision to measure arousal with a machine—arousometers are far more accurate than self-reports, because no one likes to admit how hot-and-bothered they feel on a scale of one to ten.

More The Weirdest Sex Lives In The Animal Kingdom
​

But the weirdness didn’t stop at digital tampons. Researchers showed each participant a pornographic video, made by female producers and specifically designed for heterosexual women. In a truly cruel scientific twist, almost as soon as the arousometer indicated that the women were starting to enjoy themselves the screen cut to either a terrifying clip showing natural disasters and rabid animals or a disgusting clip, featuring vomit, feces and decaying corpses.

Naturally, both scenarios caused one heck of a dip in the arousometer readings. But scientists confirmed that, quantitatively, disgust is much more of a turn-off than fear. Experts suggest an evolutionary basis for the results—rotting flesh, and disease in general, could indicate that a potential partner is sick and contagious. Disgust sensibly puts a natural damper on sexual arousal, then, to ensure that we only procreate with the clean & healthy members of the opposite sex.

Chocolate Cure For Heart Disease Is Junk Science (Vocativ)
Disgust Vs Lust: Exploring The Interactions Of Disgust & Fear With Sexual Arousal In Women (PLOS One)