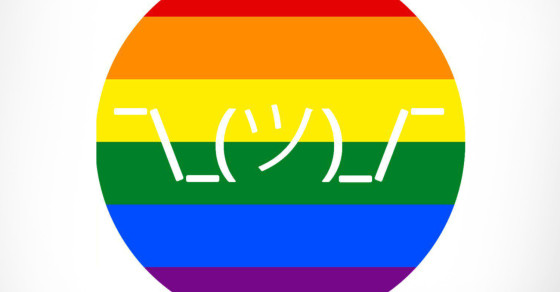 The VK satire page became a lightening rod for Russia's social media culture war, a sort of score board showing the number of Russian LGBT versus anti-LGBT activists online

An anti-Kremlin social media group was placed on a watch list after it changed its logo to the gay pride rainbow flag for a few hours on Saturday.

Lentach, one of the most popular satire pages on the Russian social media platform VK took a page from Facebook’s playbook by placing a rainbow backdrop to its shrug emoticon logo and renamed itself  “LGBTach” for a few hours over the weekend.  This attracted attention from the Kremlin’s media watchdog, Roskomnadzor, which immediately put the group on a watch list.

The VK satire page became a lightening rod for Russia’s social media culture war, a sort of score board showing the number of Russian LGBT versus anti-LGBT activists online. Thousands of users unsubscribed from the page in protest, while others joined. Anti-LGBT users claimed the page would disappear altogether. But within 24 hours the community had returned to it’s original size, with the addition of one unexpected follower, Milonov, who has become the butt of Russian jokes across social media.

After the U.S. Supreme Court legalized gay marriage nationwide on Friday, the celebratory rainbow trends online stirred up controversy in Russia, which passed a law in 2013 banning the promotion or display of homosexuality in front of minors.

Russian politician Vitaly Milonov has proposed banning Facebook after the site added a rainbow flag filter for users to show support for LGBT rights with their profile pictures. “It is a crude violation of Russian legislation. Facebook has no age limits, it is impossible to control how many minors are there,” Milonov said on Russian radio Saturday evening.

Translation: “Lentach changes its name to LGBTch, I’m sitting and refreshin the page – watching how people unsubscribe and the number of member decreases with every refresh “

Translation: “Lentach changed its name to LGBTch and led to a nuclear explosion by bloggers / commentators”