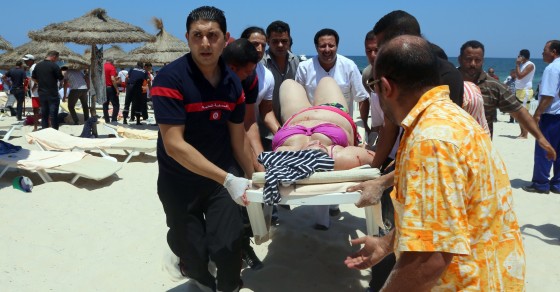 How Tunisia Became A Target For Homegrown ISIS Terror 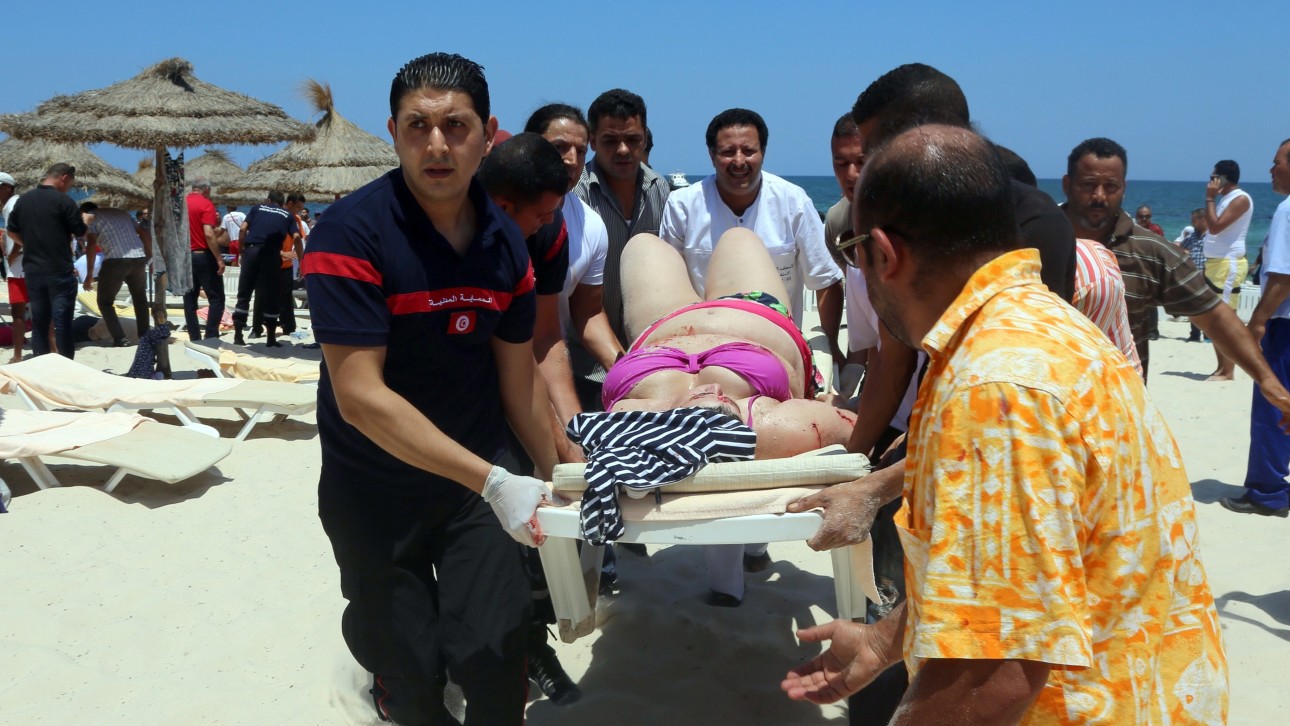 Medics carry a woman on a stretcher in Tunisian resort town of Sousse — (MOHAMED FLISS/AFP/Getty Images)
By Lindsey Snell
Jun 28, 2015 at 6:14 AM ET

The attack on a tourist beach in Sousse, Tunisia, in which 38 people were killed may have been only a harbinger of worse to come. Tunisia now finds itself the victim of a particularly brutal catch-22. It had become a center for ISIS recruiting, so it cracked down on travel, attempting to stop the flow of young men to Iraq and Syria. Now those would-be jihadis are stuck at home, still looking for a fight.

Tunisia has been the hope of the Arab world. The place that gave birth to the Arab Spring, it swore in Beji Caid Essebsi as its first democratically elected president in December. And it remains a popular destination for European tourists thanks to its location on the Mediterranean, between Libya and Algeria and not far from Sicily.

But last year, Vocativ’s analysts found a shocking number of jihadis traveling to join ISIS in Syria and Iraq were coming from Tunisia. A disproportionate amount of them were coming from the tourist beach town of Sousse, the same one attacked on Friday.

Recently, ISIS has been working its way into Tunisia itself. In March, it claimed responsibility for a terror attack at a museum in Bardo in which 22 people were killed. Last month, a group that has declared allegiance to the Islamic State attacked a checkpoint and killed three police officers. ISIS’ propaganda arms have repeatedly promised further expansion into the country. Earlier this month, members of ISIS forums published a “teaser” video by a previously unknown group dubbed “ISIS Tunisia Province.” The video was titled “Soon, Soon.”

More New Video Suggests ISIS Is About To Expand Into Tunisia

If ISIS does indeed expand to Tunisia soon, it will likely find a substantial number of potential recruits.

Tunisians don’t need a visa to travel to Turkey, and a flight from Istanbul to the Turkish-Syrian border takes only an hour. This, coupled with a loosely-controlled border, made it simple for would-be jihadis to cross to Syria, as nearly 3,000 Tunisians did.

Vocativ went to Sousse in February 2014. Virtually every young man we spoke to had friends or family fighting in Syria. “Five of my friends from my neighborhood went to Syria,” 19-year-old Mohamed Hussin told us. “I know at least two are dead.”

In mid-2014, Tunisia began to crack down on travel to Turkey. A decree was issued specifying that no Tunisian under the age of 32 could travel there without parental permission. The Tunisian government has claimed that 9,000 men have been prevented from traveling to Turkey as a result. Jihadis began flying to other countries before Turkey to disguise their travel, but Tunisia cracked down on that, too. In March, a Tunisian Taekwondo team was even prevented from traveling to Belgium to participate in a tournament.

Slowing the export of extremists from Tunisia means that more remain inside it, making attacks like Friday’s more likely to occur.

“The extremists are here, living normal lives. They’ll post on their Facebooks how happy they are about what happened today. They have no reason to hide it. There is ISIS graffiti all over my neighborhood, and the officials do nothing,” Hussin told Vocativ Friday, after the killings in Sousse.