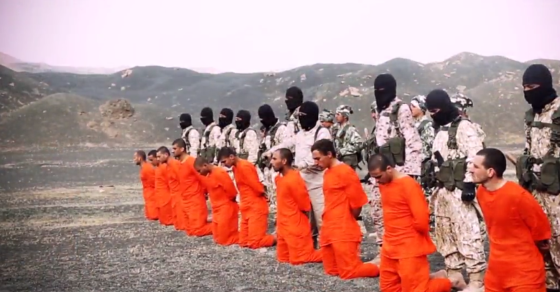 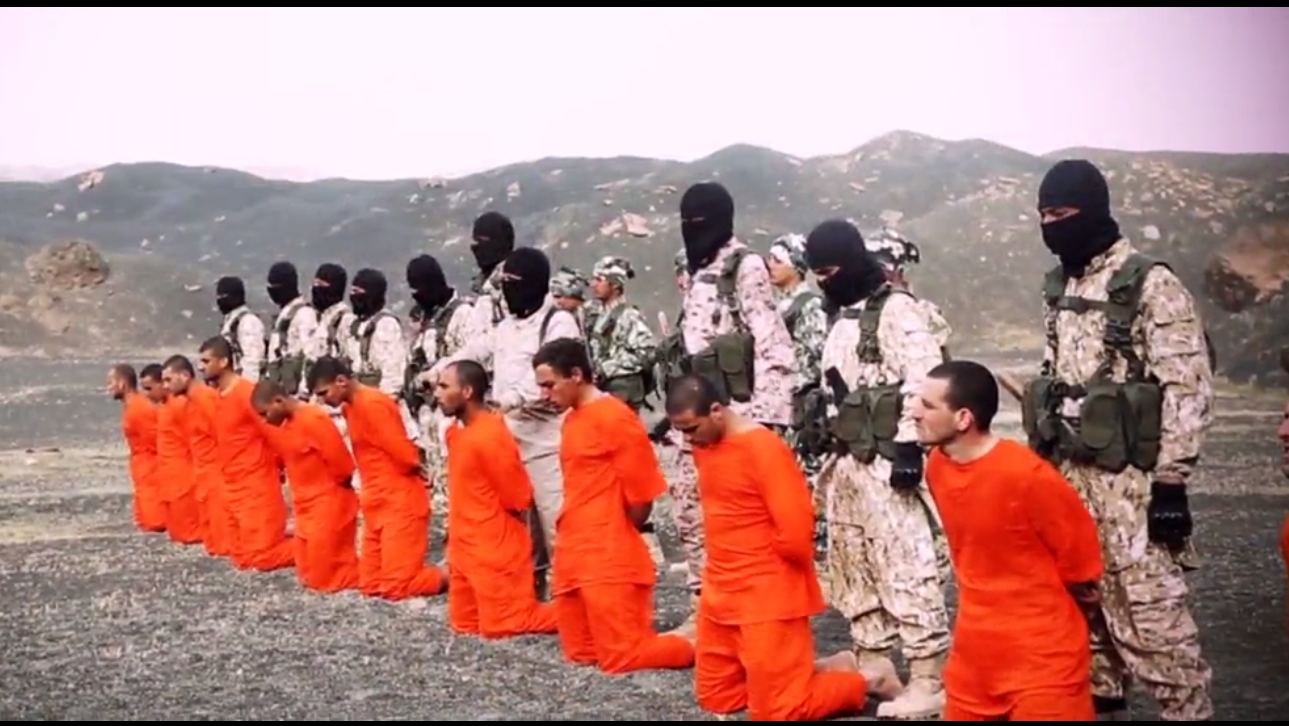 ISIS on Thursday released its second gruesome video this week, showing a dozen men being executed in a mass beheading. One of the men described himself as a Tunisian fighter for al-Qaeda’s branch in Syria, the Nusra Front, marking the first time ISIS is seen murdering an al-Qaeda fighter in a mass execution. Other victims who spoke directly into the camera said they belonged to the Syrian rebel group Army of Islam.

ISIS and al-Qaeda have been openly battling since the Islamic State group split from al-Qaeda in February last year. In Syria, the two terror groups are battling each other for territory.

An ISIS group in a Damascus countryside released the video Thursday, just two days after the Islamic State released one showing ISIS fighters in Iraq incinerate, drown and blow up their prisoners.

Thursday’s video, titled Repent Before We Will Defeat You, showed for the first time young men who appeared to be teenagers participating in a mass beheading by the Islamic State group.