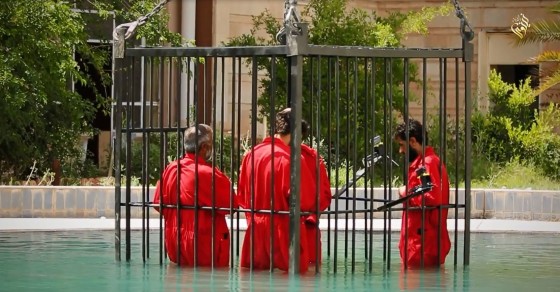 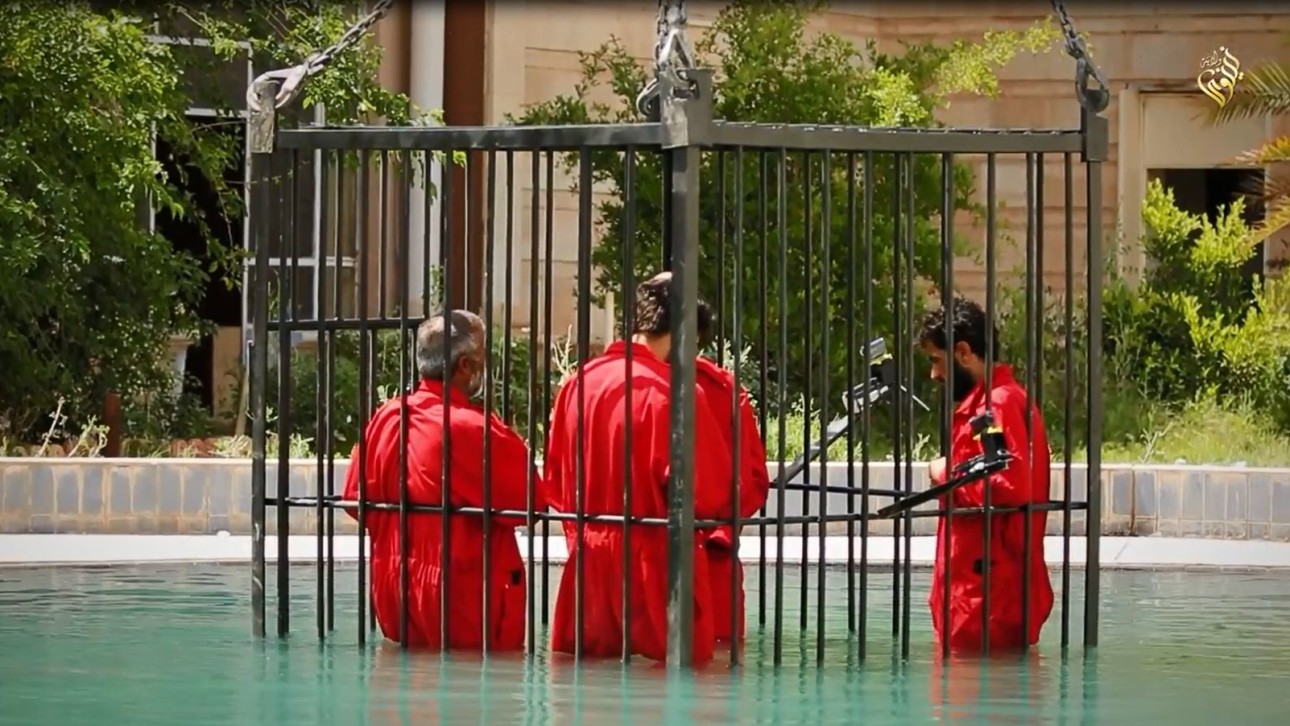 The video, which is more than seven minutes long, shows four men being killed inside a car as it is hit with an RPG. Another clip shows shows five men drowning inside a black cage as it is lowered into a pool of water. The second half of the video shows ISIS members executing seven other men after explosives are wrapped around their necks.

ISIS claims in the video, which was shot by ISIS militants who control Mosul, that the men were spies working for the Iraqi security forces. ISIS and other groups like al-Qaeda are generally nervous about spies and infiltrators, blaming the assassinations of senior leaders on informers. A video ISIS released earlier this year shows a young boy shooting at point blank range an Israeli Arab the group accused of spying for Israel.

The video is among the most gruesome and disturbing that ISIS has released since it seized the Iraqi city of Mosul last summer. The group has shown particular concern that its prisoners were spies.

The video is in stark contrast to the most recent release, which came on the first day of Ramadan, the Muslim holy month, that sought to emphasize ISIS’ charitable side. It also comes as the group marks its one-year anniversary of declaring its Islamic caliphate.