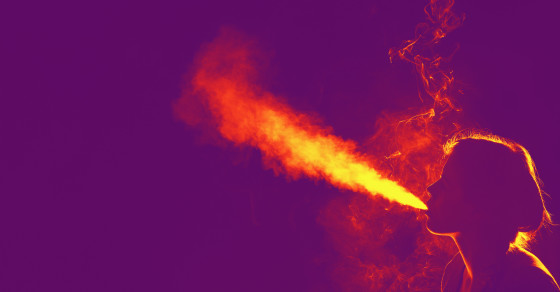 How Often Do Cigarettes Lead To Cancer Death?
By Joshua A. Krisch

How Often Do Cigarettes Lead To Cancer Death?

The number of deaths caused by cigarettes in 2011, for 12 smoking-related cancers

We all know that cigarettes lead to cancer. But just how often? A new study published in JAMA Internal Medicine says that of the 346,000 people who died in 2011 from one of twelve cancers known to be linked to cigarettes, smoking was the root cause of 167,805 of those deaths—nearly half.

More These Stores Were Busted For Selling Cigarettes To Kids
​

As expected, it was worst for lung cancer—80.2 percent of lung cancers were found to be directly attributable to smoking. But for bladder, esophageal and oral cancers the results were surprisingly high—about half of all deaths were caused by cigarette use. To find how many people are killed by cigarettes for each type of cancer, select the infected body part from the drop-down menu in our interactive chart below. The researchers made their estimates based on a well-established formula that accounts for smoking prevalence across different age groups and genders and compares those numbers to overall risk of dying from each cancer, based on a number of external factors.