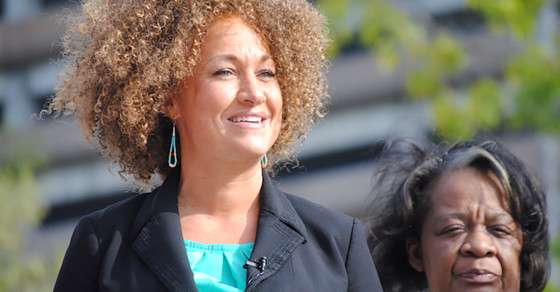 The N.A.A.C.P. chapter head accused of posing as black, Rachel Dolezal, linked herself to a history of oppression in a recent lecture

Rachel Dolezal, the head of a local N.A.A.C.P. chapter whose parents have accused her of posing as black, has refused to answer a reporter’s questions about whether she is African American—but in a lecture she gave recently she implied her hair linked her back to the history of oppression of African Americans.

In a video posted to YouTube, Dolezal, who is also a professor with the Africana Studies program at Eastern Washington University, is shown giving a lecture on the history of racism focusing on how black peoples’ hair was classified over American history, especially during slavery. In it she discusses eight hair types, going from what would have been considered “good hair”—that is, the texture most similar to a white person’s—to “nappiness” and placing her own curly hair in the middle of the spectrum. Though it is not shown in the video, she also refers to people who were going to model hair like what she had discussed.

Pictures reportedly of Dolezal as a child show her with straight blonde hair. Her LinkedIn page states she has been an “ethnic hair stylist” for the past 18 years.