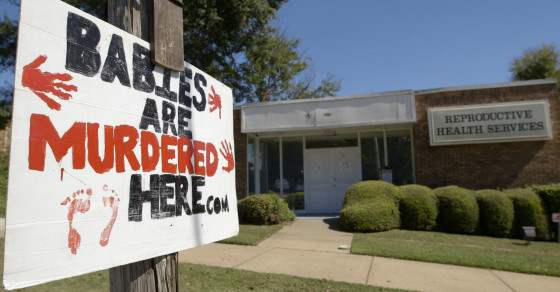 A federal appeals court upheld a law that would close down many Texas abortion clinics, leaving the state with only eight

Hundreds of thousands of reproductive-age women in Texas will soon have to drive hundreds of miles to get an abortion, thanks to a law upheld Tuesday that would shutter many of the state’s clinics. Eight clinics would remain in a state that is more than 268,820 square miles and that has almost 6 million women of reproductive age.

The surviving clinics would be located in Austin, Dallas, Fort Worth, Houston, McAllen and San Antonio—all of which are in central or southern Texas. (San Antonio and Houston each have two clinics.) West Texans will be the most affected. Lawyers representing the Texas clinics say that 900,000 women of reproductive age will now be more than 150 miles from the nearest abortion doctor. But in some cases, they’ll have to drive much farther: It’s 545 miles from El Paso, the sixth-biggest city in Texas but with no abortion clinic, to the nearest clinic, which is in San Antonio.

The number of abortion clinics in Texas has plunged in recent years. In 2011–a year in which about 73,200 Texas women obtained abortions–there were 62 abortion clinics in the state. That fell to 41 in 2012. Now there are 18, and with the court decision this week, that number is set to drop to eight.

If there had been only eight clinics in 2011, and if each of those 73,200 women still decided to get abortions, that would be 9,150 abortions per clinic. The 2011 data on abortions in Texas is the most recent available.