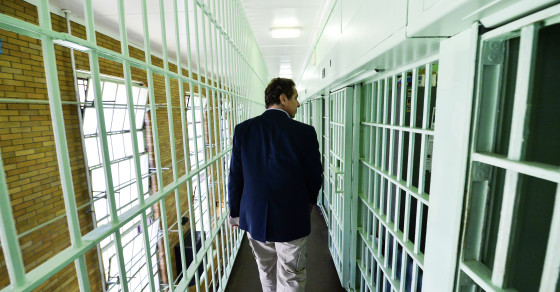 Most Dangerous Prison Escapees Travel Further Than You Think

By James King
Jun 09, 2015 at 2:50 PM ET
Here's How Far Escaped Prisoners Get
When they bust out of maximum security prison

Authorities in New York say that the two convicted murderers who escaped from a maximum security prison on Saturday “could be anywhere.” Based on dozens of past prison escapees over the last 40 years, they’re probably right.

Vocativ crunched the numbers for the 36 inmates who have escaped maximum security prisons since 1975, measuring the distances between the facilities from which they escaped and locations they were found. Some of the escapees only made it a few feet before they were apprehended, but others made it hundreds—in some cases thousands—of miles before law enforcement caught up with them or they were found dead. On average, inmates make it 428 miles—almost the distance between New York and Toronto—from their respective prisons before they get picked up by authorities.

Convicted murderer James Robert Jones is the gold medalist of escaped prisoners when it comes to traveling large distances on the run. Jones was serving a 23-year sentence at US Disciplinary Barracks, on Ft. Leavenworth in Kansas, when he escaped in 1977. He was found 37 years later living in Pompano Beach, Florida, 1,464 miles away from the prison from which he’d escaped. Assata Shakur escaped from a prison in Union, New Jersey in 1979. She is 1,348 miles away in Cuba, living in exile.

Some don’t make it very far at all, including one of eight inmates who escaped from Curry County Adult Detention Center, in Clovis, New Mexico, on August 24, 2008. While each of the other escapees managed to get at least 100 miles from the prison before they were captured, drug trafficker Victor Apodaca made it less than a mile before he was picked up by a prison guard who happened to be driving by about the time of the escape.

Other notable escapees include John McCluskey, who escaped from a Kingman, Arizona prison with two other convicted killers in 2010. Authorities say McCluskey was spotted in locations across the country during his time on the run, including Arkansas and New Mexico, where he murdered an Ohio couple traveling to Colorado. Despite traveling thousands of miles, McCluskey was eventually arrested at a campsite in Arizona, less than 300 miles from the Kingman prison.