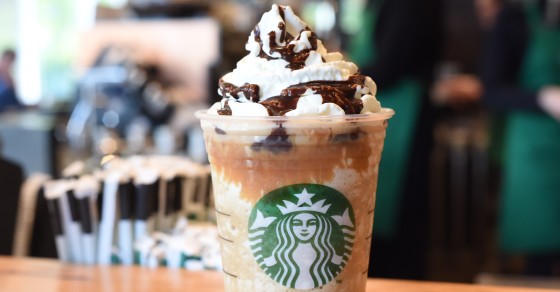 The amount of sugar in Starbucks' new frappuccinos is terrifying 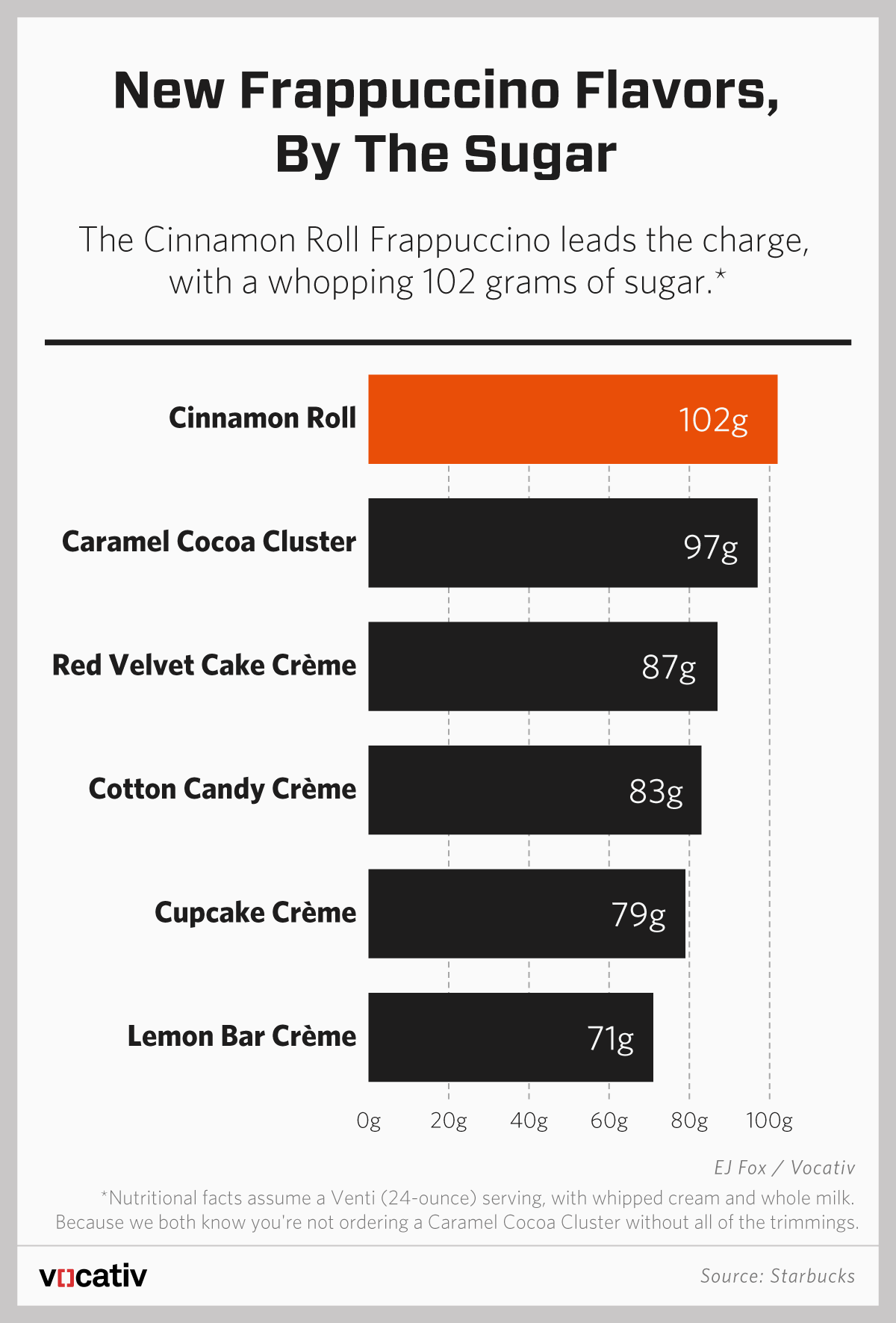 We know—you don’t drink Starbucks coffee. You’re a refined coffee connoisseur, the sort who maintains that Starbucks burn their beans and douse what’s left in corn syrup. But we also know you’re still going to try one of the six new frappuccino flavors that Starbucks unveiled on Monday. While you’re shamefully slurping that pink cotton candy frapp, enjoy the above (frightening) breakdown of just how much diabetes-inducing sweetness Starbucks snuck into your 24-ounce Venti.

More We Give Up. Coffee Probably Cures Cancer

It’s worse than we thought. The Cinnamon Roll frappuccino contains an insane 102 grams of sugar, while somehow sounding tamer than Red Velvet and Cotton Candy, which contain slightly less. That’s roughly the equivalent of drinking an entire one-liter bottle of coca cola, or scarfing down about thirty sugar cubes all at once. To be medically precise, it’s four times the recommended daily allowance of sugar for a human being.

Even the “healthiest” new flavor won’t win any prizes for healthy living. Instead of drinking a Venti-sized Lemon Bar Crème (71 grams of sugar) you could just let 20 sugar cubes dissolve on your tongue and then pound an espresso. We’re not saying you don’t deserve an occasional Venti frapp (or an occasional pound of sugar cubes). But drinking these new Starbucks frappuccinos on a regular basis just can’t be very good for you.