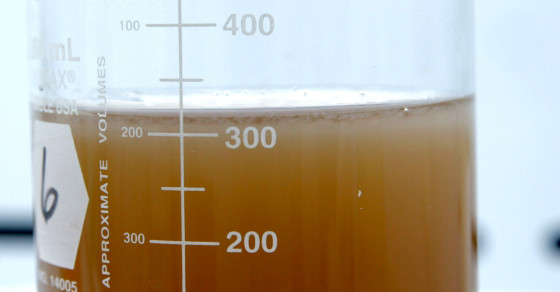 The EPA Fracking Report Hasn’t Helped Us One Bit
By Joshua A. Krisch

The EPA Fracking Report Hasn’t Helped Us One Bit

The Environmental Protection Agency has released a thorough scientific report on fracking.

Years of exhausting debate over hydraulic fracturing—which involves blasting viscous water at shale until it releases the natural gas hidden inside—have mostly revolved around politics. Sure, science piped up every now and then to tell us that fracking caused earthquakes in Ohio, or that fracking has not yet contaminated the groundwater in Pennsylvania, but most of the data was preliminary. Meanwhile, science-minded folk continued to clamor for an official EPA report.

And that, at last, is what they got. But it hasn’t really helped.

The EPA report effectively punted the question on whether or not fracking was safe with such equivocal statements as: “The limited number of contamination cases could reflect a rarity of effects on drinking water, but may also be due to other limiting factors”—science-speak for: “we have no proof it’s dangerous but, hey, we might’ve missed something.” Naturally, lobbyists on both sides of the aisle have already claimed the study for their own. So who’s right?

Well, it’s complicated. In a nutshell, it looks like fracking is safe as long as it’s heavily regulated. The EPA report found that, when the system works, there is no clear danger to drinking water or the local ecosystem. Meanwhile if the system doesn’t work, and there are spills or leaks, we could be facing catastrophic contaminations—especially if fracking fluid seeps into the water table.

So fracking poses more or less the same risks as any other industrial advance. Disappointing, a bit boring, but the EPA report does settle the question of whether or not there’s an intrinsic demon in fracking. Now it really is up to the people, the politicians and the industry. Will fracking companies conform to strict guidelines that keep our groundwater safe? And, even if those guidelines are enforced, can the industry convince the American public to allow toxic chemicals (albeit under lock and key) into their backyards?

EPA’s Fracking Analysis: Something For Everyone (Forbes)
Why It’s Crazy To Blame Fracking For California’s Water Problems (Vocativ)