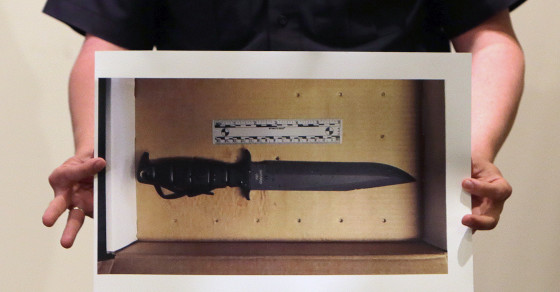 In posts on social media, Boston terror suspect said the FBI had contacted him in 2012

The Muslim man who police say plotted to behead a law enforcement official before he was fatally shot by cops in Boston Tuesday morning appears to have believed the FBI had been watching him for three years.

Usaama Rahim, 26, of Roslindale, Massachusetts, was shot dead Tuesday morning after, police say, he pulled out a large knife and moved toward officers in a threatening way. Officials have said Rahim was under 24-hour surveillance by an anti-terror task force at the time of his death. Vocativ discovered two Facebook accounts that appear to have been used by the Boston terror suspect, one under the name Abu Sufyaan and another with the name Abdur-Rahim Al-amreeki. In November of 2012, the account for Al-Amreeki posted a scathing rant in which the user claimed the FBI had contacted him about unspecified allegations.

“Damn FBI calling my phone! They just want any opportunity to drag a Muslim into some DRAMA…He wanted to meet up with me and “Talk.” HA! I said about WHAT? He said ‘Sir, we have some allegations regarding you…'” Al-amreeki wrote.

He went on to claim that he told the FBI that he wouldn’t cooperate with them without a court order and urged all Muslims “to treat these government cronies the same way I did, because if you let them get close, trust me, they’ll have you making statements about things that could get you jail-time.”

Vocativ discovered the two accounts because they were connected to the Facebook page of a friend of Rahim’s who posted a message on Tuesday mourning Rahim’s death. The two accounts that appear to be owned by Rahim both include a post from June 2013 in which the owner of the account celebrates his recent marriage and thanks the friend for participating in it. Rahim was reportedly married around that time. Additionally, the Al-amreeki account shows multiple posts as coming from the Boston area, including Roslindale, and lists him as having attended Miami-Dade Community College. Public records indicate that Rahim lived for a time in Miami. The friend did not respond to a request for comment.

The other Facebook account believed to be Rahim’s, Abu Sufyaan, “likes” the Facebook pages of ISIS and Mizanur Rahman, a London-based Islamic activist who was sentenced to four years in prison for solicitation to murder. The Daily Beast has also reported on the Abu Sufyaan account and said a friend of Rahim’s had confirmed that it was an account used by the suspect.

The FBI did not immediately respond to a request for comment.