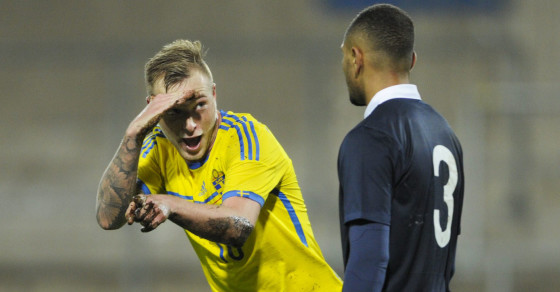 The Super Bowl Is No Match For The UEFA Champions League

Despite record breaking numbers in 2015, the Super Bowl is in fact not the biggest sporting event of the year

Soccer in the United States has been rising in popularity over the past decade, but for the rest of the world, the perennial sport has always been king with the crown placed squarely on the Champions League Final.

Despite record breaking numbers in 2015, the Super Bowl is in fact not the biggest sporting event of the year. The UEFA Champions League Final, which takes place on Saturday in Berlin, puts the popular American event to shame when it comes to viewership.

In addition to an impressive 200 countries tuning in, the teams in this year’s finals made off with $108 million in prize money, dwarfing the Super Bowl’s $14.9 million collected during the playoffs in January.

The Super Bowl generates a majority of its revenue through commercials, charging up to $4.5 million for a 30 second slot. By selling advertising slots to competing companies, Super Bowl 49 generated over $360 million in advertising revenue for NBC. The Champions League on the other hand has already distributed its limited advertising slots to its official sponsors, thus limiting potential revenue by negating a bidding war for ad time. Neither UEFA nor its sponsors disclose advertising deals.

The two teams that made it to this year’s championship game – Barcelona and Juventus- have a total Twitter following of 25 million fans, outnumbering the New England Patriots and the Seattle Seahawk’s combined Twitter following of 2 million fans. But the Super Bowl inspired 28.4 million tweets during game time, while the 2014 UEFA championship game in Lisbon had 8.4 million.

Since September of last year the 32 best European club teams have been playing through the group stages and double-headed elimination games to make it to Saturday’s game. That’s nine months of soccer to less than one month of NFL playoff action and one can start to see why the Champions League Final is the most watched annual sporting event.

Chuck Blazer Showed Off His Lavish Life In A Personal Blog (Vocativ)
Sepp Blatter’s Empire: FIFA By The Numbers (Vocativ)
The Crazy Music Contest Bigger Than The Super Bowl (Vocativ)