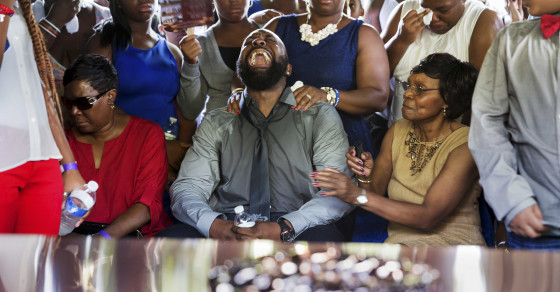 What The Numbers Behind 2015’s Fatal Police Shootings Tell Us

The shocking statistics about victims of fatal police shootings, according to a new Washington Post investigation

Police officers have killed 385 people in the U.S. this year, or an average of two a day, according to a new investigation by the Washington Post. The report found shocking numbers that tell the story of police violence, a debate over which has been raging throughout the country over the past year:

16 percent of those shot were unarmed—or carrying a toy.

Two-thirds of unarmed people shot were black or Hispanic.

Half of all those shot by police this year have been white, but only one-third of those who were unarmed were white.

Almost a quarter of the dead were mentally ill.

Most victims were found to be poor and with a criminal history, but one often due to mental illness.

20 percent of unarmed victims were fleeing.

Running often provokes cops to shoot, the Post found, even though a cop is only authorized within the law to shoot when he feels his life or the lives of others are in danger.

3 shootings have resulted in charges.

In less than 1 percent of of the 385 fatal shootings have criminal charges been pursued against the officers, the Post found. All three incidents that resulted in charges had video recordings associated with them.

If shootings continue at this pace, police will have killed almost 1,000 people by the end of 2015.