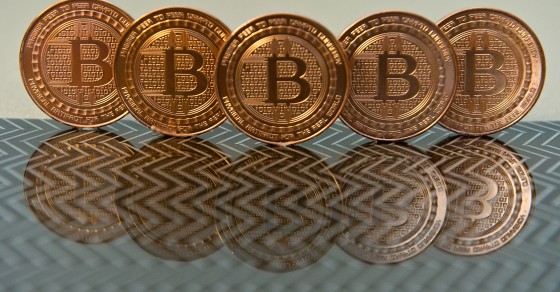 If you can’t trust an online drug dealer with your bitcoin, then who can you trust?

One of the most popular Dark Net drug markets in the world appears to have closed up shop, leaving users worried that the marketplace’s administrator has run off with what could potentially be millions of dollars in users’ bitcoins that were kept in escrow accounts controlled by the marketplace administrator.

The administrator of Dark Net marketplace BlackBank, known as “mdparity,” hasn’t communicated with users or support staff for more than a week. As first reported by Deepdotweb.com, BlackBank support staff posted a message on the marketplace’s sub-Reddit page claiming that the site is down for maintenance, attempting to reassure clients that “[sic] we aren’t running nor we’re exit scamming. As you might know mdparity is performing some maintenance to fix a security issue which i won’t disclose.”

However, that same support staffer—”Mr. Doe”—posted a followup to that post saying that he, too, is beginning to suspect that “mdparity” has decided to “exit scam.”

“[sic] I can’t believe mdparity has decided to exit scam now, if he has done it i’m astonished, but i believe he hasn’t done it, some might have happened to him, since he’s not answering my messages. I will give him until the first day of june before declaring BlackBank dead, so let’s wait together”

BlackBank is one of the top three Dark Net drug markets in the world, and has become even more prominent after the leading illicit online marketplaces, Silk Road and Silk Road 2, were shut down following an international crackdown on Dark Net drug markets. Ross Ulbricht, the founder of Silk Road, faces a mandatory minimum sentence of 20 years in prison after he was convicted of several federal crimes related to Silk Road’s drug business including distributing or aiding and abetting the distribution of narcotics and running a “continuing criminal enterprise.

Massive Spike In Deaths By Heroin Overdose (Vocativ)
The Mt Gox Scandal Is The Best Thing To Happen To Bitcoin In Years (The Guardian)
Aerial Spraying Of Cocaine Plants Is Not Only Deadly, It’s Inefficient (Vocativ)