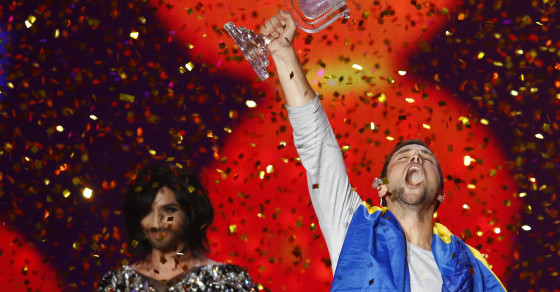 Eurovision, The Crazy Music Contest Bigger Than The Super Bowl
By Sarah Kaufman

Eurovision, The Crazy Music Contest Bigger Than The Super Bowl

The explosive Eurovision finale garnered 200 million viewers, while the 2015 Super Bowl, the most-watched TV event in U.S. history, had a measly 168 million watching

Eurovision is American Idol, only for the entire world, with a record 27 countries competing this year. The competition, which has been going strong for 60 years, has previously produced powerhouses like ABBA, Conchita Wurst and, yes, Celine Dion. Each year, each country has a star it can put its pride behind, and they hope they will witness the show transform their musicians into international stars. Sweden’s entry came out the winner Sunday, with Russia’s in second place.

Two hundred million people is an astounding number, but it’s surprisingly nowhere near the biggest audience ever seen for a single television event. Here are the 10 most-watched television programs worldwide in history. (The data is based on sources compiled by Fast Company and the BBC).

The 10 Most-Watched TV Events In History